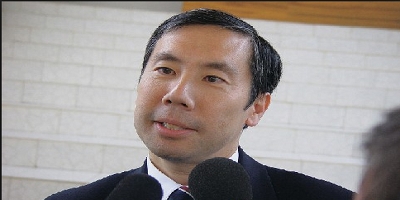 Donald Yamamoto will assume office as the Acting Assistant Secretary of State for Africa on 5 September making him the second career official tapped for a senior policy position in Africa in the Trump administration.

“Having someone with Don Yamamoto’s experience in that post is very important,” Mel Foote, Constituency for Africa president, said. “As Africa confronts many challenges, we want to see responsible U.S. engagement in partnership with African governments and civil society organizations.”

According to Ambassador Johnnie Carson, Yamamoto has a one-year assignment. Naming him as acting Assistant Secretary gives the administration more time to decide who to formally nominate for the position – which requires Senate confirmation – while putting the Africa bureau in knowledgeable hands. He holds the rank of Career Minister. Among his honors is the Presidential Distinguished Service Award.

“Don Yamamoto has broad knowledge and experience, both in the field and in Washington,” says Ambassador Johnnie Carson, who served as assistant secretary for Africa during President Obama’s first term. “He will be able to provide the leadership needed to address the range of issues that the Bureau has to address.”