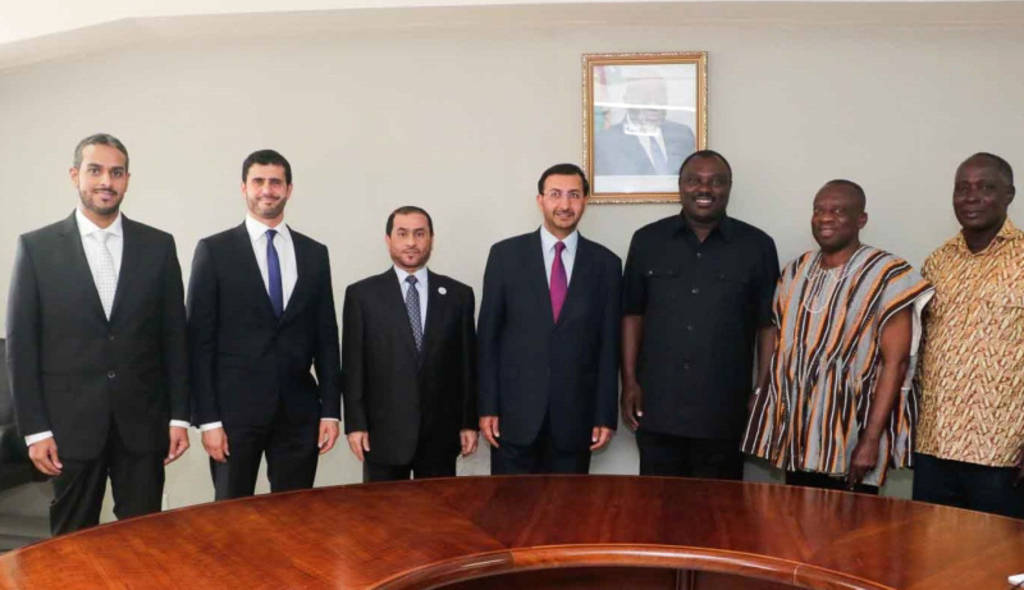 The trade exchange between the UAE and Ghana amounted to over $1.2 billion by the end of 2017, a media report said, quoting a senior Ministry of Economy official.

“Afro-UAE relations are significantly evolving and we are attaching growing importance to strengthening business ties with the Republic of Ghana,” Abdullah bin Ahmed Al Saleh, Under-Secretary of the Ministry of Economy for Foreign Trade Affairs was quoted as saying in a Wam report.

Al Saleh was delivering his inaugural speech of the UAE – Ghana Investment and Business Forum in Accra yesterday in the presence of a number of government officials and businessmen from the two countries.

Describing the national economy of Ghana as one of the fastest growing in West Africa, Al Saleh pointed to the presence of several Emirati companies investing in the infrastructure, telecommunications, and tourism domains in Ghana in a way that is constructively contributing to the African country’s economy and goes in line with the government of Ghana’s plans to draw FDIs and cultivate robust partnerships with the private sector.

He highlighted the prestigious stature secured by the UAE in areas of trade and investment in West African, an advantage which, he said, contributes to evolving relations with Ghana in areas of common interest. Al Saleh in this regard pointed as well to the growing role played by the UAE with regards the Belt & Road Initiative.

“The UAE also comes 21st globally and 1st among Arab countries in terms of FDI outflows, accounting for 42 percent of total investment outflows coming from the Arab region to various parts of the world 2017.”

In a related development, Al Saleh met with the Minister for Trade and Industry, Robert Ahomka, in the presence of Khalifa Yousif Mohammed Al Zaabi, UAE Ambassador in Accra, to discuss ways of propelling the growing relations between the two countries.

The minister affirmed Ghana’s readiness to enhance its business relations with the UAE across all fields, hailing the great economic strides made by the country over the past years.

Al Saleh shared the same interest with the minister, noting that the UAE has many business aspects in common with Ghana, citing in this respect the renewable energy, tourism, trade, technology and water as priority areas where the two sides can push forward investment relations.

The two-day forum features a series of workshops and meetings between businessmen from both countries.