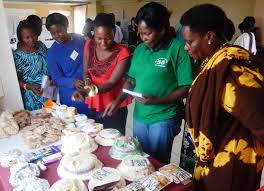 The Ugandan Government has recently unveiled Shs53b women entrepreneurship programme (UWEP) aimed at increasing women’s competitive edge in the business sector.
Unveiling the programme in Kampala, Prime Minister Ruhakana Rugunda said the project will support women in the micro, small and medium enterprise subsector through provision of interest-free credit, technical advice for appropriate technologies, value addition and market information.
“Although women comprise 53 per cent of Uganda’s labour force, 42 per cent are taken on as unpaid family workers. In addition, the male to female wage gap stands at about 39 per cent. This gap in productivity is of meaningful concern both to GDP growth and to the distribution of income between men and women.” Dr Rugunda said.
The funds, to be rollout in the next financial year 2016/1017, will also be accessed through the women groups ranging from 10 to 15 memberships, with the major focus on unemployed women and vulnerable groups such as single young mothers, widows, disabled, women living with HIV/Aids and slum dwellers.
According to the Premier, the initiative has been formulated based on a number of key statistical indicators, but most importantly women comprising the majority (86.2%) of actors in the informal sector.
The programme is a fulfillment of President Museveni’s pledge, during last year’s National Women’s Day celebrations in Kabale district, to establish a special fund to cater for women’s business projects in order to improve their betterment and emancipation.
State minister for Labour and Industrial Relations Kamanda Bataringaya revealed that target beneficiaries shall be identified and selected through a selection process spearheaded by the District and Sub County Technical Planning Committees.
“The primary target beneficiaries of the Programme are women within the age bracket of 18-65 years. The assumption is that those beyond 65 years will be catered for under the Social Assistance Grants for Empowerment Programme.” he said.