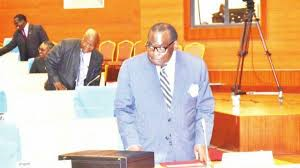 The European Union (EU), one of Malawi’s largest donors, has recently ruled out any budgetary support even though country meets the IMF extended credit facility.
A senior EU official from Brussels said, Malawi has a lot to do to ensure that donor money is not looted as was the case with the infamous ‘cashgate’ scandal.
The official, Fernandes Ahnies said the government of Malawi will continue getting EU aid through the development aid which has since been increased by 220 million Euros, hitting 560 million Euros.
Ahies stated that the money will continue being used in the sectors of agriculture, health and good governance.
The revelation has not come as a surprise in government corridors of powers as President Peter Mutharika and Finance minister Goodall Gondwe have openly ruled out the return of most donors for the budgetary support, whose pull out has adversely affected the economy which is fast collapsing.
Ministry of Finance spokesperson Nations Msowoya said the government is widening its tax base to fill the gap left by donors.