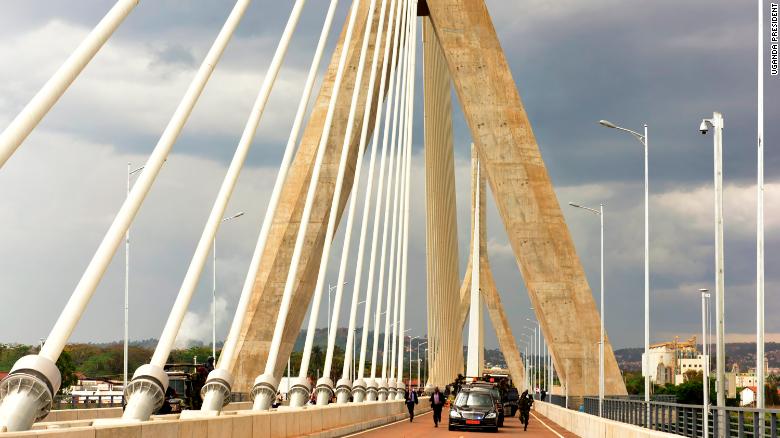 Uganda has opened Africa’s 5th largest bridge in Jinja, in the eastern part of the country.

The 525 meters long cable-stayed bridge was funded by the Japanese International Cooperation Agency and Uganda’s President Yoweri Museveni claimed: “it will last for 120 years.”

The bridge has been named “Source of the Nile bridge” and the project cost US$112 million. The government of Japan financed 80% as a loan of US$100 million at an annual interest rate of 0.01%, repayable in 10 years but extendable to 40 years.
The new bridge is built across the Victoria Nile and is expected to reduce the heavy traffic that passes through the Nalubaale Bridge which was built 64 years ago.

“Commissioned the new cable-stayed bridge in Jinja. The Shs41b bridge was constructed with the support of the Japanese International Cooperation Agency (JICA) and it will last 120 years,” the President said in a tweet.

The President also said that 67% of the technical staff were Ugandan engineers and the bridge was completed in four years.
Japan’s State Foreign Affairs Minister, Masahisa Sato was also at the opening on Wednesday. He and President Museveni cut the tape to open the Source of the Nile bridge.

The Japanese minister has hinted of future projects with Kenya.

“…In the future, logistics with Kenya will become even more active,” Sato said in a tweet.

And there are indications that Uganda has more big projects to unveil.
“…It is the season of big projects in Uganda. We will soon unveil new projects like the hydropower dams,” President Museveni said in a tweet.