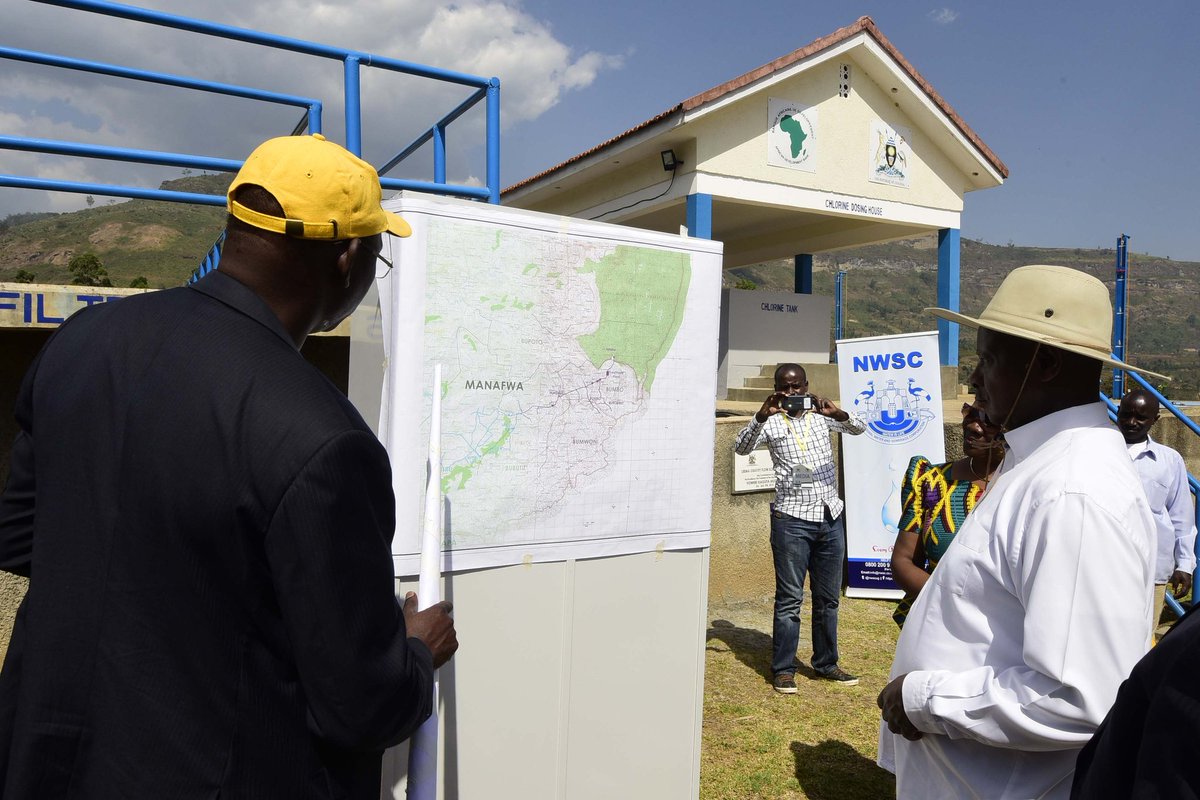 Access to clean and potable water has been provided for the  people in Manafwa District in Uganda following the newly constructed 200km  gravity water scheme promised by President Museveni.

The 200km gravity water which is the largest scheme with the  capacity of serving three districts of Manafwa, was commissioned recently by  the President who was accompanied by ministers, area Member of Parliament and district  leaders to Manafwa District headquarters.

During the commissioning, the President urged all residents  to engage the water for irrigation farming in order to increase crop  production.

“You can not only have this water for drinking, but it  can be used for irrigation in your garden because you don’t need a lot of  money to channel water to boost your agriculture production,” President Museveni  said.

He urged the farmers to create channels and small trenches  to divert the water to their gardens in order to have constant food throughout  the year.

The construction of the 200km water gravity is a fulfilment  of one of the President’s pledges to the Manafwa District, to provide access to  clean water to and solve water scarcity in some areas.

“We talked about having water here long time ago and  people thought it was a joke, but now the water has been connected and this  water serves 16 Sub Counties and it will be extended to other areas facing  water scarcity,” he said.

“I heard you are worried about the cost of water per  jerry can, but the price will be lowered further from 50 shilling per  jerry,” he said.

To this end, he urged all district heads to protect and  maintain the development, as well as overseeing the usage of water by the  people, ensuring that the water is not only used for drinking but also for  irrigation so as to increase crop production in their households especially in  the dry season