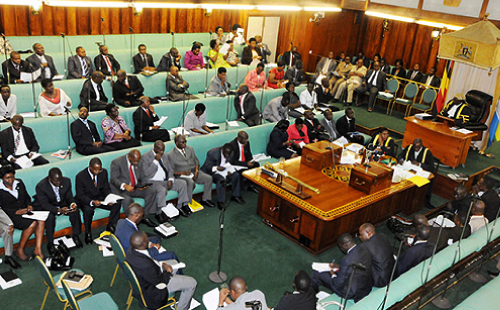 The Speaker of Parliament Ms. Rebecca Kadaga, has recently called for the appointment of more women to senior Cabinet positions.

At a National dialogue organised by the Forum for Women in Democracy (FOWODE), a women’s rights organisation, Ms. Kadaga said the appointment of more women would enable them to frame and influence government policies.

Among other positions she wants designated for women is to one of the deputy prime minister slots.

“We want to see that some women are appointed prime ministers or even deputy prime minister to be able to chair Cabinet meeting and decide on what to come on the agenda, so that our issues are taken forward,” Ms Kadaga said.

Last week, President Museveni reshuffled his Cabinet, appointing 11 female ministers and 17 as state ministers. This increased the number of women in the Cabinet to 28.

Speaking at the same dialogue, High Court Judge David Batema counselled women on how to overcome the obstacles to women’s efforts to make a difference in the political leadership and decision-making processes.

“Women must try or keep trying to develop clear political agendas that take on the broad issues of democracy, governance and their gender nature in a more consistent manner,” Justice Batema said.

During the February 2016 parliamentary elections, there was a two per cent increase in the number of women representatives in Parliament, bringing their number to 137.

Speaker Kadaga congratulated Ms Winnie Kiiza, who is the country’s first female Leader of the Opposition in Parliament, for her courage and strength as a woman and political leader.