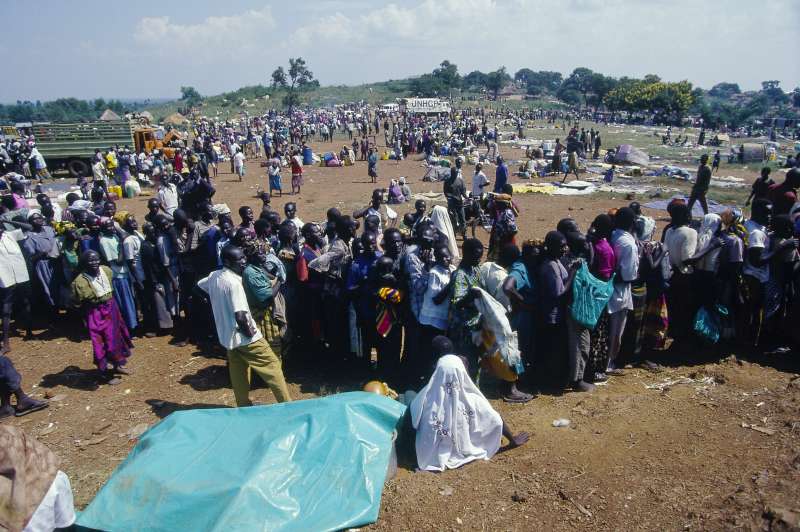 Uganda welcomed more refugees each day in 2016 than many wealthy European countries received the entire year, the Norwegian Refugee Council (NRC) said Wednesday, seeking to debunk the myth that Mediterranean countries are being unfairly burdened.

The number of South Sudanese fleeing to neighboring Uganda in 2016, some 489,000 people, far exceeded the 362,000 who crossed the Mediterranean into Europe in the same period, it said, using United Nations refugee agency (UNHCR) figures.

“Europe should learn from the way Uganda and other African countries are keeping their borders open as the Refugee Convention prescribes, instead of specializing in barbed wire and walls,” NCR Secretary General Jan Egeland said in a statement.

Rights groups warn that the 1951 Refugee Convention is being increasingly flouted by developed countries seeking to deter migrants with border fences, tear gas and asset seizures.

The treaty defines the term “refugee” and outlines the rights of the displaced, as well as the legal obligations of countries to protect them.

Around 1.3 million refugees and migrants, mainly from the Middle East and Asia, arrived in Europe in 2015 and the early months of 2016, triggering bitter disputes between countries over how to handle the influx.

U.S. President Donald Trump was expected to started signing directives Wednesday to begin building a wall along the U.S. border with Mexico and to temporarily ban most refugees.

“Populist politicians are stirring up fear, creating a distorted picture of all refugees wanting to head toward Europe or North America,” said Egeland, who previously served as the U.N.’s humanitarian chief. “This could not be further from the truth.”

Low- and mid-income countries house nine out of 10 of the world’s displaced people, he said, most of whom want to stay close to home in the hope they will one day return.

Egeland praised Uganda for giving refugees opportunities, instead of “locking the displaced into a situation of aid-dependence and uncertainty.”

Uganda gives refugees the right to work, freedom of movement, access to the same services as nationals, and a small piece of land to farm.