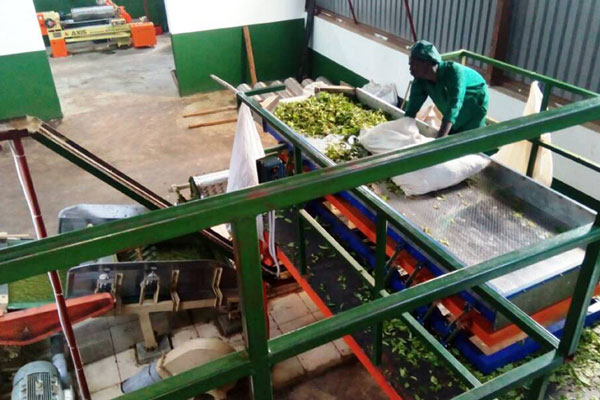 Uganda Development Corporation (UDC) has constructed two tea factories in western Uganda. Tea is one of the priority and strategic commodities in the agricultural sector, which will impact an increase in the export of processed leaf.

“We procured a contractor to supply, install and operationalise the tea processing lines, install and commission electrical works and supply and install two 500KVA power generators at both factories,” said Mr Mutahunga.

The Kabale Tea Factory has been completed and is now in operation. The Kigezi Highland Tea general manager, Mr Jackson Twinamatsiko, stated that the factory is currently undergoing a three months trail phase which began in May and will end in July.

“On average, we receive 12,000 kilogrammes of green leaf daily with more than 350 farmers from Kabale, Kanungu and surrounding districts supplying the factory,” Mr Twinamatsiko said.

The factory has currently employed about 75 people with the plans of employing more staff when in full operation. Meanwhile, the Ministry of Trade has said that Kisoro Tea Factory is expected to be completed at the end of this year. When fully operational, the factories will produce a combined total of 2,400 metric tonnes of ready made tea per year worth $4.8m in export earnings.

Uganda, according to the Ministry of Trade produces 61,629 metric tonnes of tea annually with 90 per cent of this exported through the Mombasa Tea Auction. The tea exports are valued $80.6m.