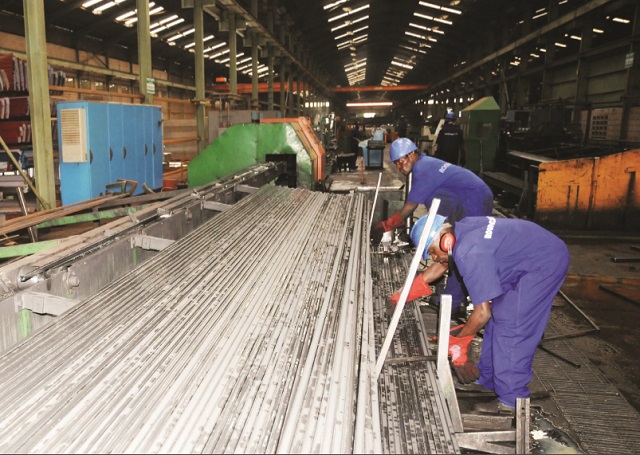 Uganda’s annual Gross Domestic Product (GDP) growth of 6.7 percent is being driven by its manufacturing and other tradable goods and services sector, according to a World Bank report released recently in Kampala.

According to the report titled: ‘Role of City Governments in Economic Development of Greater Kampala’, the contribution of manufacturing representing a growth of 31.1%, was greater than its share of 27.7 of GDP in 2008, indicating an expansion of the sector.

“This pattern was similar for transportation, storage and ICT, which drove 26.2% of growth, off a base of only 11% of GDP, indicating a rapid expansion of the wholesale trading sector,” the report states in part.

On the other hand, non-tradable services contracted as a share of GDP, indicating a decreasing reliance on local demand. Consumer services, for instance, which includes mostly retail trade, comprised 39.4% of GDP in 2008 fell to 29.5% of growth between 2008 and 2012.

Nonetheless, the report notes that Kampala’s structural transformation is still at an early stage when compared to other African cities for manufacturing, tradable services, non-tradable services and agriculture. It says Kampala has the third lowest share of output in tradable goods, agriculture, manufacturing or tradable services. “It is thus at the beginning of its transition away from a “market town,” to a “production center with a higher share of tradable, high value-added output,” it says. According to the report, the only two cities below it in structural transformation, Addis Ababa and Kigali, have much lower per capita income.

The report says 56% of the firms are primarily engaged in trading and services within which the most common occupation is shopkeeper or street vendor. The next sector, hotels, bars and restaurants, comprises 26%. The report says manufacturing, which includes primarily tailoring and woodwork, comprises just 13%.‘Not surprising for an urban area, agriculture comprises only 4% of firms,’ it adds.

The report says job creation in formal employment is not keeping pace with Kampala’s growing population. Current evidence, according to the report, indicates that Kampala’s unemployment is currently 10%, which while concerning, is not considered high relative to comparator cities in East Africa.

According to the report, underemployment and informality is the primary concern for the Greater Kampala, and that underemployment estimated at 23% and informal firms account for 57% of the city’s employment. The majority of Kampala’s employment is in micro or small firms. It says employment growth has dramatically increased in micro firms and reduced in large and medium firms. In particular, it says large firms in the tradable sector have lost five thousand jobs during 2001-2011 in Greater Kampala (four times more than that in the non-tradable sector).

“Kampala will not be able to keep pace with its population growth and satisfy the expectations of its population for better quality jobs unless it is able to create more formal jobs in sectors which will encourage further industrialization and economies of scale,” it warns.Uganda has the third fastest growing population in Africa, with the population doubling around every twenty years, with young people joining the workforce at a rate of 4 million people per year, which is forecasted to increase to over 8 million by 2040.