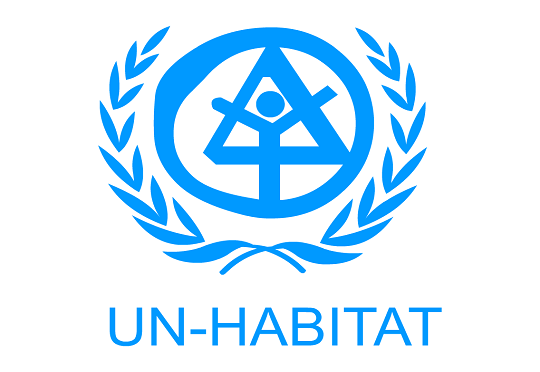 UN-Habitat, working in concert with its partners, has embarked on a cities campaign on Equitable Economic Growth in two Kenyan secondary towns of Kajiado and Ol-Kalou.

The aim of the Joint Work Programme (JWP) for Equitable Economic Growth is to support growth trajectories characterised by inclusiveness, equitable and environmental sustainability in cities. The programme is currently working locally to identify as well as facilitate knowledge and concrete interventions that will promote equitable economic growth in the two counties.

The programme will focus on supporting equitable access to public goods and services by all citizens and formal and informal businesses. The 24 months’ initiative is funded by the UK Department for International Development (DFID) through Cities Alliance. Kenya is the 4thcountry to benefit from the programme after Ghana, Uganda, and Bangladesh.

Kajiado and Nyandarua counties were selected to participate in the campaign after consultation amongst JWP partners which constitute UN-Habitat, City Alliance and the State Department for Housing and Urban Development in the Ministry of Transport and Infrastructure, Housing and Urban Development . JWP forms one of the components of ongoing collaborations between UN-Habitat and the two counties.

The overall objective of JWP is a county-level diagnosis of economic growth in the counties as influenced by access to public goods and services. The findings will be used in developing evidence-based policy recommendations that will foster economic growth in a gender-responsive, equitable and pragmatic manner.

Speaking at a workshop in Kajiado, Grace Saitoti, the Chief officer for Cooperatives, Trade, and Investment said: “Kajiado County is experiencing increasing economic inequalities because of rapid urbanization, and the joint work Programme campaign is among the initiatives that will significantly assisting the county government to develop sustainable solutions”

At UN-Habitat, the programme is led by the Urban Economy and Finance Branch and implemented with the Regional Office for Africa; the Urban Planning and Design Branch, Advocacy and Communication department.

On his part, the acting coordinator of the Urban Economy and Finance Branch Mr. Marco Kamiya said, ”our prime objective is not hand over to you a nice report after 24 months of work, but rather to leverage the JWP opportunity in developing numerous projects that will be implemented to transform livelihoods of the county residents in economically equitable and sustainable ways.”

The programme will have a threefold outcome. First will be delivery of knowledge and tools to promote equitable economic growth in the counties filling the knowledge gap for policy.

Secondly, facilitate a coordinated and focused effort targeting two counties to promote the creation of an enabling environment so the counties can tap into agglomeration economies as well as promote local investment and innovation, and lastly, the county level diagnostics and recommendations that will serve as a basis for sourcing external programmatic support and funding (outside the scope of the JWP, upon closure of the project) from other development partners and donors towards activities promoting equitable economic growth in the campaign towns and beyond.

Commencement of the implementation of the campaign began with the first kick-off workshops at Kajiado town from 27th to 28th August and proceeded to Al Kalou town in Nyandarua from 30th to 31st of August 2018.

In her opening remarks, the Nyandarua County Deputy Governor, Ms. Cecilia Mbugua, commended JWP Partners for selecting Nyandarua county among many other counties to participate in the campaign, and also thanked the stakeholders for their impressive turn out.

She reiterated the County government’s commitment to support the programme and the eagerly awaited transformative interventions that will result from the study being undertaken.

She added, “I am sure that that the support that UN-Habitat is giving to us through the JWP and other components of our collaboration, will significantly help us in delivering the county’s development agenda as explained in the governor’s manifesto and in our County, integrated development plan.”

In her remarks, Ms. Mbugua was emphatic that the initiative will support the county’s transformative agenda and the implementation of the second County Intergrated Development Plan (CIDP2) 2018 – 2022 as the county’s blue print together with the Governor’s manifesto.

”The county needs such initiatives in capacity building and research to improve its productivity and efficiency,” said the Deputy Governor. Mr. Kamiya, as he also stressed on the importance of linking the reports that will be important outputs from this programme envisages with concrete funding proposals and action.

State Department of urban planning representatives at the workshop expressed their satisfaction on how the project had started with momentum and were enthusiastic that the activities therefrom would go a long way in improving the economies of the Counties which will ultimately improve livelihoods of the citizenry.

The workshops were characterised with very elaborate discussions amongst participants which resulted in priority areas that JWP will focus each county in the next coming months. In-depth analysis of selected areas will commence, and the reports will be presented in second workshops scheduled towards the end the year.