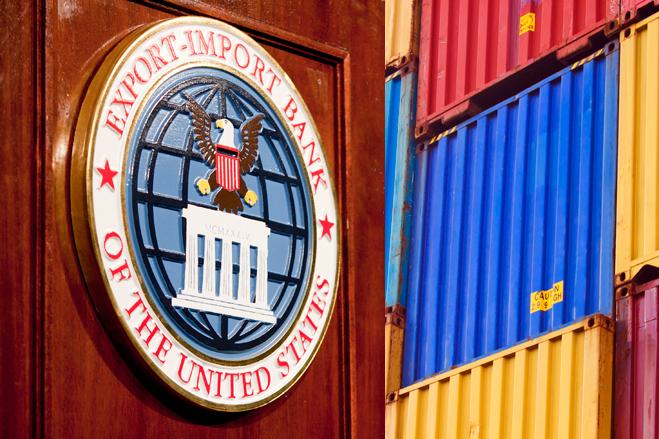 Last month’s U.S-Africa Leaders Summit concluded on a high note with lots of promise for improved trading between both regions; however the re-authorization of the American Export-Import Bank remains the key knot to locking ties furthering engagements beyond the lips of top business leaders.

The 80 year old bank was established under an executive order from President Roosevelt in order to expand trade with the newly formed Soviet Union & Cuba in 1934; since then the bank has grown to become the official export agency of the U.S., championing the mandate to “assist in financing the export of U.S. goods and services to international markets.”

By providing U.S companies with a number of advantages, the bank is able to assist the companies in their exports. Some of these advantages include direct loans and loan guarantees to foreign buyers of U.S made goods and services, working capital guarantees and export‐credit insurance. This has helped U.S Businesses such as General Electric & Boeing execute international trading around the globe.

However, Exim’s charter is to expire next week Tuesday, 30th September and unless its reauthorization is approved by Congress, the bank will be shut down and further international trading especially with Africa may be severely affected.

In the last half‐decade, the Bank has provided over $5 billion in financing for US-Africa trade deals; this resulted in a win‐win scenario where African importers were able to buy U.S goods on credit and U.S companies got the security of insurance for large deals. This leverage may be lost if the bank fails to get a re‐authorization.

Debates have been ongoing at Congress where members are divided over the importance of the ExIm Bank to the U.S economy. Critics have expressed concerns over the large risks borne by the government in providing these advantages for the companies. In their opinion, the government is assuming a function that rightly belongs to the private sector.

While there is some merit to their arguments, discontinuing the ExIm bank will significantly alter global competitive dynamics in such a way that other regions such as Asia & Europe will have the upper hand over the United States.

In every region where global companies are able to facilitate international trade, they do so with support from their home governments. For instance, much of the infrastructure development in Africa has been driven by Chinese companies with the help of China’s ExIm Bank.

Africa is the last frontier of development and provides huge returns for governments and companies who invest within the continent. The U.S has clearly realized the need to step up its engagement with Africa but competing with the likes of China and Europe who have already bolstered their presence within the continent will almost definitely require the sort of leverage that an ExIm bank provides.

This constitutes the major argument of the bank’s supporters who say there are up to 60 other countries that have credit export agencies, any of which would be happy to help their companies outcompete U.S. companies by offering similar support.

“What do we want to do? Give this business to the Europeans and the Chinese?” Tom Donohue, President of the Chamber of Commerce, has been quoted as saying.

A spokesperson for Caterpillar, one of the beneficiaries of the ExIm’s support said; “For the U.S. to close the Ex‐Im Bank in this environment is surrendering export markets and economic growth in the U.S.”

In the nine days leading to the expiration of the bank’s charter, the United States will have to decide just how serious it is about sustaining serious trade relations with the likes of Africa