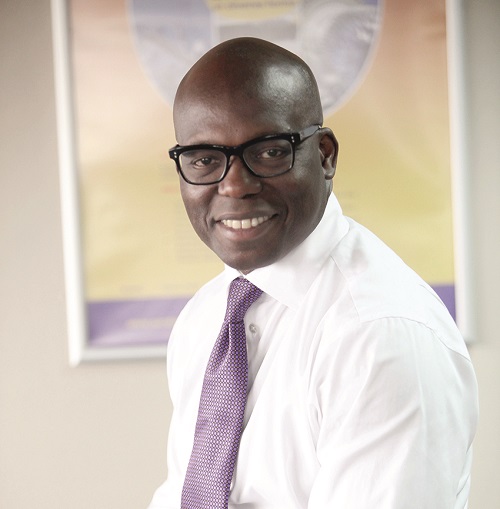 Adewale Tinubu, who founded what has grown into Nigeria’s “largest downstream petroleum marketing company”, Oando PLC., with a seed capital of N5,000. This corporate profile was triggered by Wale’s latest move, the agreement entered by Oando’s subsidiary, Oando Energy Resources, to acquire the entire business of ConocoPhillips in Nigeria for a sum of  $1.79 billion.

When this deal is completed – and Wale’s group had already made initial deposit of over $400 million with complicated financial engineering in top gear to pay up the outstanding -Oando’s daily oil exploration would skyrocket from 4,500 mbpd to 50,000 mbpd, establishing it as the largest indigenous oil exploration company.

But this is not just happening by chance. Rather, Wale is well on his way to actualising his long held strategy of building “Africa’s first indigenous world-class energy company.”

With a market capitalisation of $2 billion and over a thousand staff, Oando is the first Nigerian company that is quoted not only in the Nigerian Stock Exchange but also on the Johannesburg Stock Exchange. With about 500 retail outlets in the country and about 120 km gas pipeline to aid its distribution, the small partnership set up in 1994 and that moved from his father’s garage to an office in a law chamber to become the nation’s leading indigenous energy company is certainly a study in entrepreneurial ingenuity.

But how did a young man in his 40s come to this outstanding wealth and achievements in so short a time? In Nigeria where corporate success stories are vilified and often tainted with, at times, sour-grape tales of underhand deals, or sarcastic sneers of proxy interests, weighty corrupt official leverage and so forth, it is easy to obscure the corporate ingenuity of local entrepreneurs, which our people can learn from. As Wale himself told Moky Makura in a profile, “There is a skepticism that borders on paranoia that you can’t actually have an African success story in business.” But the fear of bad currencies should not stop us from using the genuine ones!

While Wale studied law, his father, Alhaji Kafaru O. Tinubu’s fondest desire was that he had a son to take over his own law chambers, K. O. Tinubu and Co. Alhaji Tinubu – yes, an uncle to Asiwaju Bola Ahmed Tinubu – was a retired Police Commissioner in the old Western Region, encompassing the six states of the Western Region. But he was also a lawyer, who retired to run his own chambers, play the godfather to many in politics, public and private sector. So influential was he that even the current Oba of Lagos was counted among his protégés.

However, when Wale graduated with LLB from the University of Liverpool and LLM from London School of Economics in 1990, he came under the tutelage of one Babatunde Raji Fashola, a crack litigator, who was later, in one of those intricate tales of the century, to emerge the governor of Lagos State and now arguably, Nigeria’s most successful governor and a visionary public sector manager of our time – a story for another day captured in our forthcoming book! By Wale’s confession, Fashola taught him everything he knew about law practice while they were together at the famous Sofunde, Osakwe, Ogundipe and Belgore chambers.

But while Alhaji Tinubu wanted his son to inherit his chambers, Wale instead lured Fashola into forming an independent chambers franchised from his father’s name, K. O. Tinubu and Co. Unknown to many people, there were two K. O. Tinubu chambers – one, belonging to Alhaji Tinubu, located at 2A, Anthony Road, Ilupeju, and another, fully owned by Fashola and Wale, leveraging on his father’s name, located at Igbosere Road. It took the future oil tycoon to come up with such a bizarre notion in the first place and a most indulgent father to accept it.

Fashola wanted a modest office the two young partners could afford but Wale had his sight on an expensive and prestigious office in a strategic location even though, for the meantime, the two partners operated from Wale’s dining table at Dolphin Estate. But the three-year-rent demanded was far beyond their meager resources. “How would we ever pay for this?” Fashola the realist demanded. But Wale the dreamer and daring risk-taker was undeterred, waving off Fashola’s concern. “Don’t worry,” he said.

Wale, instead, entered into a shrewd negotiation of a staggered payment spread over a year and then negotiated another long credit deal with a neighbouring vendor for office furniture. It was a measure of his negotiating skills even then that the property developer acceded to such a deal even when he could have given out the place to people, who could afford the cost. Courage, derring-do and such negotiating skills were to become the defining elements of Wale’s inherent strategic business alchemy. Even as a student in England, for instance, he traded on cars with his school fees first in cross-country runs in Europe, netting profits.

But Wale’s restive mind was not on law. He combined law with exploring deep interest in oil business. “I have always been ambitious,” he told us in an interview. “I had always been somebody that whenever we were advising clients, I would be more interested in the moves the client was making on the corporate side than in giving the client the advice. Having given clients advice once or twice, I suddenly realised that I’d rather be the one making the moves myself than giving others advice.”

Meanwhile, his dissonance with legal practice got even more accentuated by a particularly jarring incident. Fashola had spent a night, preparing Wale for an appeal case for an armed robbery gang, who had been wrongly convicted for a robbery by another gang. The following morning, Wale was in the Appeal Court, arguing his appeal for the robbers when the prosecutor interrupted him to inform the court that the robbers had already been executed early that morning! For a man, who loves to shape events rather than being merely reactive, that finally was the snapping point.

Wale’s interest in oil business became an obsession. At a point, he had two or three-man team permanently inside his office, plotting oil deals. “You oil merchants, leave our chambers,” Fashola would fire back.

“Why don’t you just leave this law and join us in this oil business?” Wale would plead with Fashola.

As Wale would rationalise it later, if Fashola had joined the oil business, Nigeria would have lost the great governor he turned out to be. From shuttling between law practice and supplying petroleum products to clients, “eventually, it was clear to me that I would concentrate on the oil side.”

Wale’s oil business took off with a contract from Unipetrol PLC. to transport diesel from Port Harcourt Refinery to service fishing trawlers. The contract was introduced by a friend, Jite Okoloko, who had no vessel to execute the job. Another friend, Mofe Boyo, a lawyer, who worked for an American oil services company that had shipping vessels, introduced them to a boat named, The Carolina. Wale and his friends took an open boat to the Bonny sea to inspect the vessel. With no life jacket, their voyage turned highly risky, as the weather turned stormy and the sea turbulent. “What am I doing here?” Wale kept asking himself.

But his anxiety turned into Eureka when he saw the ship. “The day I went to Bonny anchorage in that storm,” Wale told us, “I saw The Carolina bobbing up and down and I knew it was our destiny. And I told my partners we were going to buy that ship.”

From then, a new partnership, Ocean and Oil, was birthed in 1994 with his two friends, as partners.

They rented the ship for $10,000 dollars a month, a sum of money Wale borrowed from his parents to make the first payments. But because payments from Unipetrol were not coming on time, Wale and his partners fell behind on payments, learning his first lesson on cash flow while playing hide and seek with his creditors until finally, Wale came up with a deal to buy The Carolina despite having no money to pay. The ship owners were in financial difficulty and Wale’s deal was simple: Since his payments were falling behind, why not sell the ship to Ocean and Oil and thereby transfer the outstanding liabilities?

But where would the money come from? To finance the purchase, the partners borrowed $100,000 from a finance house at whopping 10 per cent interest rate monthly (meaning, 120 per cent interest per annum!) and thought themselves very lucky to get the deal. From shipping diesel to fishing trawlers, Wale found they were making even more profits, supplying diesel to oil servicing companies, which were ready to pay at a premium for somebody, who attended to their needs promptly.

Their efficient delivery on time was such a novelty at the time that many of the largely expatriate oil servicing companies were passing his numbers around. Efficiency, quick delivery and integrity became their critical success factor. From one shipping vessel, Wale acquired more until he had seven ships of different capacities, ranging from 1,000 to 30,000 tons. Wale and his partners had arrived – small time.

In those days, Unipetrol PLC. was one of the top 10 quoted companies, with the Federal Government, holding 60 per cent of the shares. That typically meant an over-bloated company, reeling under bureaucracy.

In 2000, against all odds and expectation, Ocean and Oil won the bid for 30 per cent of Unipetrol, which the Federal Government offered for private core investors. It was the corporate equivalent of a rat, swallowing an elephant. Wale recalled how Unipetrol’s MD, Yusuf Alli, burst out laughing when Wale informed him he wanted to buy Unipetrol. He was not alone. The General Manager of First Bank whom Wale approached to discuss his bid could not control his own laughter either. “You, buy Unipetrol?” he asked with undisguised skepticism. When the young corporate Vikings won the bid, there was a national outrage, with the union up in arms against a takeover of the corporate institution by “Eaglet managers” yet in their 30s.

How were they able to leverage on their $3 million cash to raise $16 million cost within two weeks? How were they able to tackle the powerful unions, who picketed the Eaglet managers, refusing them access to the company they just acquired? How were they able to deliver a stunning turnaround that had held the key to the success of Oando PLC., the new company formed out of the future merger of Ocean and Oil and Unipetrol when the corporate eaglets ultimately acquired all the federal government stakes in Unipetrol?

All these and more are part of Wale’s growing legend in courage, risk taking and negotiating dexterity that should come in his full corporate profile. Suffice it to say Ocean and Oil transformed into Oando PLC., which subsequently swallowed the corporate behemoth, Unipetrol, giving birth to more corporate exploits that today hoist the young Adewale Tinubu, as the oil czar of Nigeria.