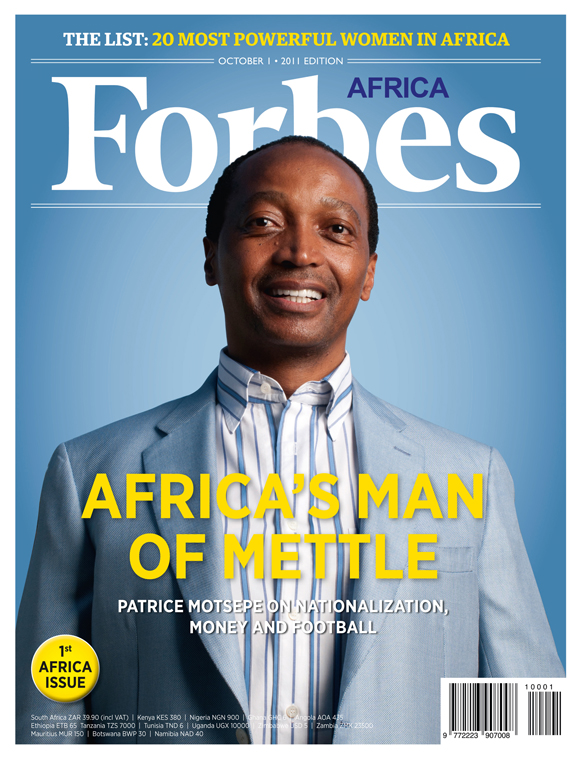 South Africa’s first and only black billionaire (in dollars), mining magnate Patrice Motsepe has a net worth of $2.7 billion and he’s the fourth-richest South African, according to the 2014 Forbes list of billionaires.

But Motsepe is just the 642nd-richest person in the world.

South Africa’s richest man, Johann Rupert, is worth $7.6 billion but he’s only the 173rd
richest man in the world.

Eight South Africans worth an estimated $25.4 billion in total assets made the Forbes 2014 list of the world’s billionaires.

Just two of the richest South Africans are in the top-500 richest-in-the-world list.

Rupert made his billions in luxury items as chairman and CEO of Richemont, a Swiss holding company that controls brands such as Cartier, Alfred Dunhill, Vacheron Constantin, Montblanc and Chloé.

Rupert is also the chairman of Remgro, which has South African technology interests and an investment in SEACOM, a network of undersea cable systems connecting Africa to Europe, Asia  and the Middle East.

South African diamond magnate Nicky Oppenheimer is South Africa’s second-richest man and the 205th-richest person in the world, according to Forbes. His net worth is $6.7 billion.

The third-richest man in South Africa, Christo Wiese of Shoprite has a net worth of $3.2 billion and Forbes ranked him 506th richest in the world. Shoprite is Africa’s largest retail, low-price supermarket chain. Wiese is its chairman, executive director and top shareholder.

With a net worth of $1.3 billion, Koos Bekker also made the list. He’s CEO at Naspers, a media and Internet giant, but will be leaving that position in April.