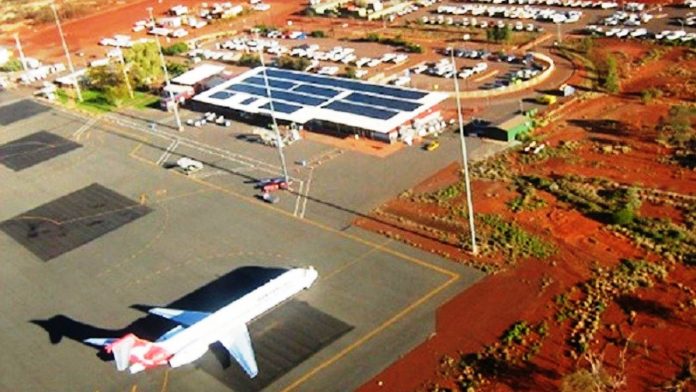 The Ministry of Aviation in conjunction with the Ghana Airports Company Limited and the Ghana Civil Aviation Authority on Tuesday opened the Wa Airport for commencement of commercial flights. And immediately, the Africa World Airlines has begun operating from Wa to Accra and Tamale thrice a week. With support from the Regional Coordinating Council, residents in Wa welcomed the first commercial flight at the airport, a 50-seater Embraer E145 which was flown by Mr Victor Pul and conveyed the Deputy Minister for Aviation, Mr Yaw Afful, together with other dignitaries as well as passengers from Accra to the region.

Opening the facility at the forecourt of the terminal, the Deputy Minister, Mr Afful stated that the opening of the facility was as a result of the commitment and efforts of President Nana Addo Dankwa Akufo-Addo’s government to improve air transport connectivity between the nation’s capital, Accra and other regional capitals. The move was also in line with strategic policies and plan of action to open up the country by promoting air transport activities.

The Wa Airport has a 2-kilometre tarmac stretching 40 metres width, with the capacity to host Code C type of aircraft together with Boeing 737-700 Airbus. It also has a completed terminal and other ancillary facilities. “This is by extension a part of plans geared towards making Ghana an aviation hub within the ECOWAS sub region and also promoting economic activities in the region, and that is why a lot of work has gone into the processes to open the place,” Mr Afful stated.