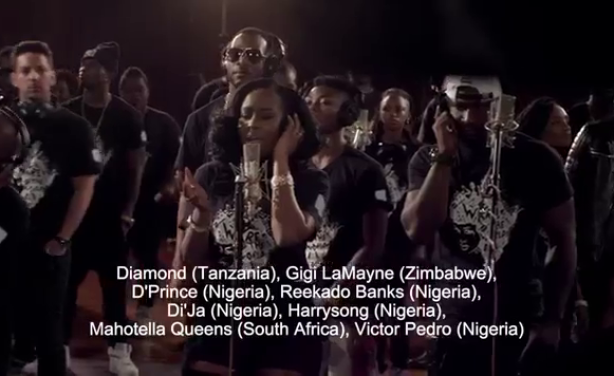 At the 2015 MTN Radio Awards this past Saturday evening, the Africa Against Ebola and Xenophobia rendition of “We Are the World” was debuted. The song, featuring 180 Artists from across the continent of Africa carries a strong message against Xenophobia. It showcases a beautiful collaboration made possible when people from Africa work together.

In the spirit of presenting a united industry against Xenophobia, we would like as many broadcasters as possible to simultaneously play this song on Thursday 23 April at 07:45.

The African artists who contributed to the song include: