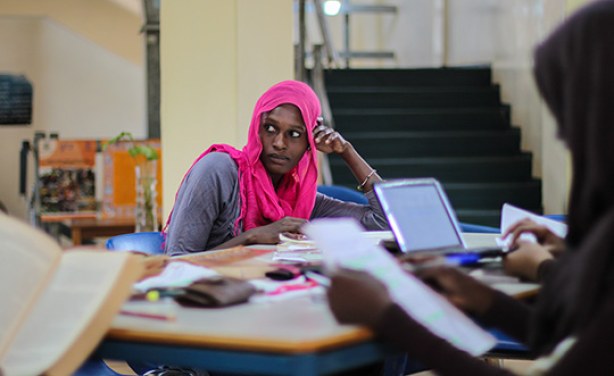 An African woman has been married for 13 years and for every day of those 13 years she worked hard with her husband to cultivate a small piece of land he owned growing vegetables which she then sold in the market. Tragedy struck when her husband died leaving her to fend for their two young daughters. Four days after burying her husband the latter’s family evicted her, taking possession of the land and house and leaving her destitute. With no means of support to reclaim the land or any assets to her name she gave up trying to fight for it. She is now trying to rebuild her life working as a farm labourer. Her elder daughter has stop going to school as they can no longer afford school fees. Worried about being able to provide for her children, she is considering an early marriage for her elder daughter. This may jeopardize the kid’s dream of becoming a teacher. Let us understand why.

International and regional instruments to advance gender equality and women’s empowerment are supposed to be the basis to demand accountability, to pass non-discriminatory laws and ensure the formulation of inclusive policies that are gender and socially responsive. A concerted effort and collaboration between legislators and other arms of government is essential. It is well known that laws and policies alone do not necessarily bring the changes needed. While they do provide a normative framework for protection and support from the State, and a basis for engagement among’st stakeholders, they cannot be isolated from other socioeconomic improvements.

Although no study is available correlating gains in social equality and progress in equal representation in legislative bodies, we all know the latter is a demonstration a strong public opinion favourable to diversity recognition. If we are to change the plight of that African women I was describing we need laws that incentivize transformation: laws that regulate heritage, access to assets, capital; laws that give an equal chance to girls and boys; laws that protect children from being married. Needless to say all of that will be incomplete without the socio-economic conditions created out of a proper contextual reading. Otherwise it will be futile and at best wishful. The presence of women parliamentarians in such critical processes is obvious. As mothers and providers they have faced situations their male colleagues only assess and read about.

Over the past twenty years, parliaments around the world have recorded an increasing women presence; Africa has been no exception. By 2012, 11 African countries were among the world top36 houses of parliament that reached the 30% threshold. A threshold considered necessary for women to have an impact on decision-making. Amongst the countries in the world with the highest number of women elected to parliament 7 are African, with Rwanda occupying the top position. As of 2014, Rwandan women made up 64 % of the Chamber of Deputies and 38% of Senators. With these figures Rwanda has exceeded the gender parity targets set out in the Beijing Platform for Action as well as in the Protocol of the African Charter on the Rights of Women in Africa. This is by all means an historical achievement.

Indeed the Inter Parliamentary Union shows an increase in percentages of women in parliaments across Africa; including 49% in Namibia, 44% in Seychelles, 43% in Senegal, 42% in South Africa, 40% in Mozambique, 37% in Angola, 31% in Burundi and many more like Algeria and Tunisia with over 30%. These figures place Africa as a top performing continent in securing women’s political agency. In 7 African countries, at least 30% of ministers are women, with Cape Verde recording the highest number at 50%, ranking second globally, after Finland with 63%. South Africa, Burundi, Tanzania and Guinea-Bissau also rank among the top 20 countries globally with the highest numbers of women ministers. The adoption of gender responsive electoral models, the use of affirmative action as well as quotas has helped ensure an overall representation of up to 20% of women in parliaments across the continent.

The entry of women in institutions like parliaments and other corridors of power has vastly contributed to giving them a voice in matters that shape their destiny and affect their lives. The ascendancy of female ministers handling so called ‘hard’ portfolios, such as Defence, Foreign and Home Affairs has defied the stereotypes of women ministers being confined to ‘soft ministries’ which address welfare issues. Africa is starting to become used to prominent female leaders such as Presidents Ellen Johnson-Sirleaf of Liberia, Catherine Samba-Panza of the Central Africa Republic, or former President of Malawi Joyce Banda; and few Vice-Presidents, including the most recent one in Zambia, Inonge Wina. Indeed one the foremost African international figures is the Chairperson of the African Union Commission, Dr Nkosazana Dlamini-Zuma. They are contributing for changing mindsets on the role of women in governance.

Why We Need More African Women in Parliaments

Over the past twenty years, parliaments around the world have recorded an increasing women presence; Africa has been no exception. By 2012, 11 African countries were among the world top 36 houses of parliament that reached the 30% threshold. A threshol…

Africa’s narrative has changed from pessimism to a rising and transforming continent. The ‘African Moment’ is here and women parliamentarians must leverage this to ensure that women and girls benefit from it. A combination of high economic growth and improved business environments is making the continent more attractive to economic activity. Those countries that undertook a rebasing of their national accounts have discovered that their economies are significantly bigger than they thought. But the revised GDP series for Kenya, Nigeria, Tanzania, Uganda, and Zambia point to the fact that the services sector is the single largest component of African economies, accounting for half or more of total GDP, while the manufacturing and agriculture sectors remain essentially unchanged or have shrunk. This is an untapped opportunity where women can and must ingrain themselves.

The continent’s growth is impressive but it has not sufficiently contributed to social transformation. It has largely been ‘non inclusive’ due to its limited job creation and overall improvement to the living standards of the citizens. Indeed, increasing educational attainments by women and their rising participation in the labour market have not been matched by better conditions of employment or prospects for advancement and equal pay. At the current rate of progress, the ILO estimates that it would take more than 75 years to reach equal remuneration for work of equal value. Dynamic African countries will not be built, if women and girls, who form the majority of the population, remain marginalized or excluded. The question therefore is what legislative action could remedy this?

It is vital that parliamentarians strategically focus on leveraging the sectors that are poised to bring about the structural transformation needed in the continent. This entails the revitalization of the industrial sector including manufacturing, agri-business and the adding value to the extractives with full women opportunities.

The Africa Regional Review Report on Beijing + 20 shows progress in the economic empowerment of women in agriculture, business development and finance. A number of countries since the 1990’s have made tremendous strides in the successful institutionalization of gender-responsive budgeting initiatives. This methodology has undoubtedly become an important tool for promoting gender equality. In 2012, more than 20 % of African countries had such initiatives. South Africa and Tanzania were among the pioneers of gender budgeting in Africa. In 1996, South African Non-Governmental Organizations partnered with Members of Parliament and jointly launched the South African Women’s Budget Initiative. This has been cited as one of the most successful and institutionalized initiatives. Ethiopia, Rwanda, Tanzania and Uganda have also taken women’s concerns into account in national budgets.

Despite these pockets of progress, gender inequality and women’s empowerment still requires upstream policy formulation and re-energised efforts to close the gaps in sectors that are lagging behind. The first challenge is to effectively exercise an oversight role to ensure the formulation of inclusive, gender and socially responsive legislation particularly in transformative and productive sectors. For instance, a strong call is needed for policies, laws and programs to harness Africa’s Green and Blue economies as well as women’s economic participation in them as a response to climate change challenges.

The second must be for parliamentarians across all frontiers to work together in advocating for responsive policy frameworks. The range of opportunities and space offered by ICTs as well as a wide array of knowledge platforms facilitates swift communication and information sharing.

Let us go back to that women farmer with whom I started this narrative. She is quite removed from the news that hit the New York Times recently end that a growing number of women in the US are selling their breast milk, transforming it into a commodity. Market maximization is just one more demonstration that the world needs a compass. Women in parliaments are the most capable of providing it. So that daughter of hers can one day also aspire not just to be a school teacher but may be a member of parliament as well.