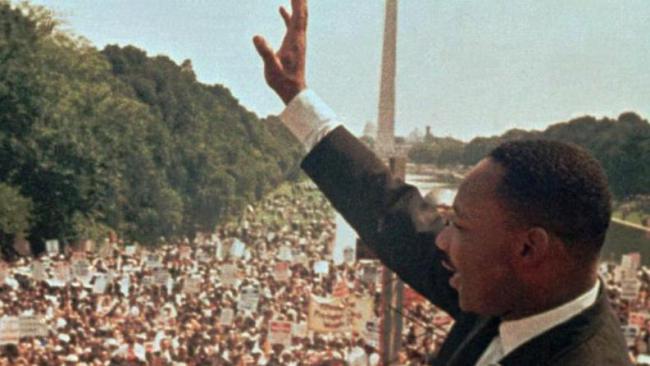 This August the nation will celebrate fifty years since the historic 1963 March on Washington.

When we look back on this history, we now see the march as an incredible highlight of the modern civil rights movement. In a year with so many turning points, the gathering of hundreds of thousands of people in front of the Lincoln Memorial was groundbreaking.

The  “I Have a Dream” speech Martin Luther King, Jr. gave that day has become one of the most celebrated speeches in American history. Everyone from schoolchildren to politicians on both sides of the aisle now cite King’s famous dream that his “four little children will one day live in a nation where they will not be judged by the color of their skin, but by the content of their character.”

But it’s important to recall the context of that day. We forget that civil rights was a contested process, and that assumptions about black violence made the public believe the march was a risky undertaking.

The city of Washington D.C., the national press, and politicians feared that the march would lead to riots and violence. The fear that thousands of “militant Negroes” might react violently led the military, police, and hospitals to prepare for the worst. Success that day was not a foregone conclusion given that the most substantive legislative victories gained by the modern civil rights movement, the Civil Rights Act of 1964 that desegregated public facilities, and the Voting Rights Act of 1965, had yet to be won.

We forget that the civil rights movement was still controversial in 1963. But King and others believed it was time for a national march. He insisted, “we are on a breakthrough,” a moment when the power of direct action was finally reshaping the consciousness of the nation.

In the face of this climate of doubt, the March organizers, known in the media as the “Big Six,” came together. The leadership consisted of King along with James Farmer of the Congress of Racial Equality (CORE); Roy Wilkins of the National Association for the Advancement of Colored People (NAACP); Whitney Young of the Urban League, the youngest member of the leadership; John Lewis of the Student Nonviolence Coordinating Committee (SNCC); and A. Philip Randolph, leader of the Brotherhood of Sleeping Car Porters, whose early call for a march on Washington in the 1940s was the inspiration for the march in 1963.

It would be Bayard Rustin, long-time pacifist and advisor to King, who organized the march. It would be in large part his attention to detail that made the event a resounding success. Although the march organizers disagreed about the purpose of the march, they united under the banner of “jobs and justice” and called for an end to discrimination in schools, jobs, and the protection of black voters. They also demanded an increase in the federal minimum wage, and for the immediate passage of the civil rights bill.

The 1963 March on Washington was part of a broad struggle to demonstrate the shortcomings of black life in America, and a reminder that  the American dream was far from fulfilled for black citizens. This march for Jobs and Freedom was intended to demonstrate the collective might of the movement, pulling all the disparate strands of the struggle together. There were many organizations working on the cause, and King saw the idea of a unified march as the best way to show the world the might of this building movement. King hoped that a collective effort would help to push the reluctant Kennedy and a slow Congress toward decisive action.

The march also placed a tremendous spotlight on movement leaders. King’s speech that day, along with the oratory of the young John Lewis, were broadcast uninterrupted on national news. For the first time, the vision that black activists had for the movement was reaching national audiences without the filter of media editing and commentary.

Activists were allowed to speak for themselves, and Americans were forced to listen. Historian Taylor Branch even reminds us that President Kennedy “heard a complete King speech for the first and last time that day.” The march allowed individuals to make up their own minds about what they thought about the fight for civil rights.

Of course, there were many who criticized the march. Malcolm X famously dismissed the march as a “picnic” devoid of the anger of frustration of the black masses.  Many within the civil rights movement were also discouraged by the ways that the day’s message was managed.

Leading SNCC activists were frustrated that they were not allowed to engage in non-violent direct action in Washington on the day of the march and angered that John Lewis’s speech was considered too inflammatory for its criticisms of the federal government’s unwillingness to protect the civil rights of black southern protestors.

Leaders like Bob Moses and Stokely Carmichael did not attend. Historian Clayborne Carson recalled that Carmichael dismissed the march as a “middle class picnic” and insisted that the real movement was happening at the grass-roots level.

Perhaps the most devastating omission from the March on Washington was the voices of women activists.  Initially, women were excluded from the program completely, and only when the lone woman on the planning committee highlighted the absence of women speakers did the planners add in the “Tribute to Women Freedom Fighters.” But longtime NAACP activists Rosa Parks and Daisy Bates, the SNCC stalwarts Diane Nash and Gloria Richardson and others would not be allowed to speak.

And the formidable movement organizer Ella Baker, who laid the groundwork for the movement as an NAACP organizer and helped to launch the SCLC and SNCC, wasn’t even honored. This silencing of women leaders would mask the tremendous, grass-roots leadership women had provided in the movement. By failing to feature women leaders, the march presented a very skewed depiction of a vibrant movement for change.

In the end, the real face of the movement could be seen in the faces of the hundreds of thousands gathered at the Mall that day, the everyday people who showed up to insist that all Americans deserved full citizenship and equality. By marking their place in the fight for justice, jobs, and equality, they showed the nation what was possible.  They were on a breakthrough.