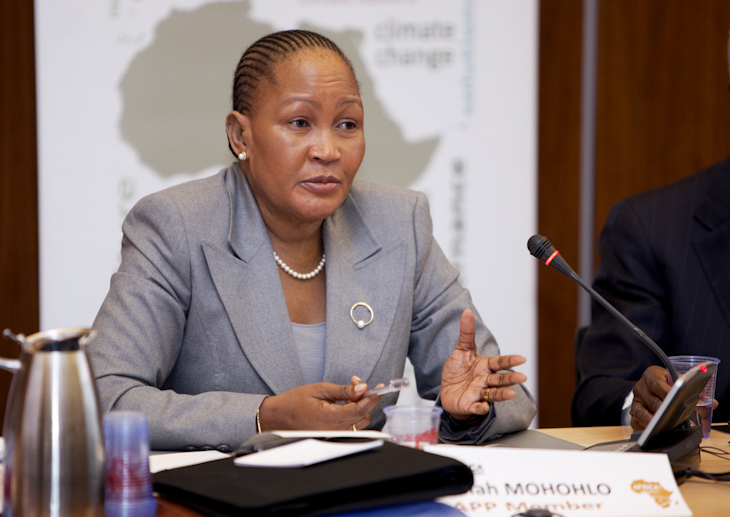 Situated in sub-Saharan Africa, Botswana sits landlocked with Namibia to its north and west, a 1,850-kilometre border with South Africa due south and Zimbabwe to the east. The country’s capital, Gaborone, is approximately 10 kilometres from the South African border. The city’s 200,000 inhabitants account for nearly 10 percent of the country’s population, which is mostly concentrated in the eastern part of the country.

Botswana has a tremendous success story, boasting an estimated 7.7 percent real GDP growth rate in 2012 – 19th highest in the world. Diamond mining accounts for one third of GDP, followed by the metallic commodities of copper and nickel. However, Botswana’s high Gini coefficient, which denotes the inequality between income earners, is a worrying statistic. Nearly one in four Batswana are desperately trying to survive on less than $2 per day. Still, the gross national income (GNI) per capita has doubled over the last decade to BWP 61,500 ($7,500). GNI per capita (formerly GNP per capita) is the gross national income, converted to US dollars using the World Bank Atlas method, divided by the mid-year population. GNI is the sum of value added by all resident producers plus any product taxes (less subsidies) not included in the valuation of output plus net receipts of primary income (compensation of employees and property income) from abroad.

Linah Kelebogile Mohohlo is the Governor of Botswana’s Central Bank and has been the bank’s top executive since 1999. She is well known for her role and is a frequent speaker at conferences, including the World Economic Forum and Africa Progress Panel. Mohohlo believes that no matter how small or how far from Gaborone a resident’s village may be located, it is impossible for him or her not to have come into contact with, or at the very least heard of, a society scheme or, as they are called in southern Africa, a stokvel. A stokvel can be loosely defined as an informal savings pool or investment society to which members regularly contribute an agreed amount and from which they later receive a lump-sum payment.

“People who know each other, who could to an extended family network…because they live in the same village, they belong together, [end up] making monthly contributions,” she says. “It could be as small as $10 or even less. If you tally this once a year, all that money comes to you. That means you have $120 or more [with which] you are able to do a lot of things.”

Mohohlo emphasises that for a society scheme to prosper, Batswana have to entrust their money to a financial entity. This is the only way they will be able to see their money grow, even if with a nominal interest rate. This can be done at any one of the country’s larger banks – Barclays, Standard Chartered or First National Bank (FNB) – or smaller institutions. She suggests that better still, in order to actively be a part of the economy, the money be lent to trusted entities. “It doesn’t have to be a bank but it has to be an entity that can be regulated,” she says.

Botswana is dominated by a culture of strong tradition. In the country’s most rural areas, the number of head of cattle one owns is often the most practical way to determine wealth. In rural settings, when it comes to those

financial decisions which matter most, Mohohlo says women tend to be the most open to suggestions from the Central Bank. “[I]f it is not something they own because their mother owns it, it is something that they have to pay for regularly, so they tend to listen more,” she says.

Speaking in mid-April at Visa’s Financial Literacy & Education Summit at the Federal Reserve Bank in Chicago, United States, Mohohlo touched on the longterm implications that an engaging curriculum has in the discussion of banking. “We conduct [workshops] which have to do with financial literacy. You can’t talk financial literacy without talking about the functions of the Central Bank,” she says.

According to Mohohlo, women are particularly interested in disseminating the importance of earnings and expenditures as well as savings and investment. “You don’t have to be unique to be an important decision maker. When you’re talking about women’s financial literacy, you’re talking about society,” she says.

The vast Kalahari Desert in south western Botswana and the abundance of rural areas outside Gaborone makes highlighting financial literacy a trying task through outreach. Botswana has a biannual Money Week that teaches the very basics of banking and illustrates the dangers of Ponzi schemes. “I wouldn’t say we are a safe haven from illegal money transactions or Ponzi schemes,” says Mohohlo. “When we find out about it, we act and because it is a small country in terms of the size of the economy, I think we are ready to be successful in stemming the kinds of illegal financial transactions that could affect us.”

Botswana subscribes to anti-money laundering initiatives, some of which are prescribed by the government, others by the Central Bank. Mohohlo says, ideally, the country should have a strong regulatory framework in place, one that is an extension of resiliency and robustness and which benefits from shocks. In other words, the state’s institutions, including the Central Bank, effectually become stronger as a result of malicious attempts to injure it.

Although the country has weathered various common problems associated with money laundering, Ponzi schemes do infrequently surface. More recently, the country battled with the EurexTrade money laundering pyramid scheme. EurexTrade (Pty) Ltd used individual investments of up to BWP1,000,000 ($122,000), with a promised daily return of 2.9 percent, to bypass international arms embargoes in the funding of South Sudanese soldiers. “We are in the process of mopping up the problems that they created and people now know that they need to avoid these kinds of things,” says Mohohlo. Educating those who are prone to believe that handing over a small administrative amount will, in exchange, result in an astronomical sum is vital, and something which the country will take more seriously in the future.

Mohohlo believes it is important for the Central Bank and other financial institutions of Botswana to embrace their responsibility as agents of fiscal information. “One of the main functions of the Central Bank is to be responsible for the banking sector,” she says. “You have to [gauge] how many banks you have licensed, for how long, what they do and what the populace should expect from them.”

Ultimately, a country should have confidence in its populace, its leaders content that citizens have been adequately educated and that each has the ability to change his or her own financial outlook and future. “It’s not something that just takes place in Botswana,” says Mohohlo. “[We have] been able to see the country in a good state going forward.”