African Leadership Magazine
Home International What Is the Future for U.S.-Africa Relations after U.S. Election Day? 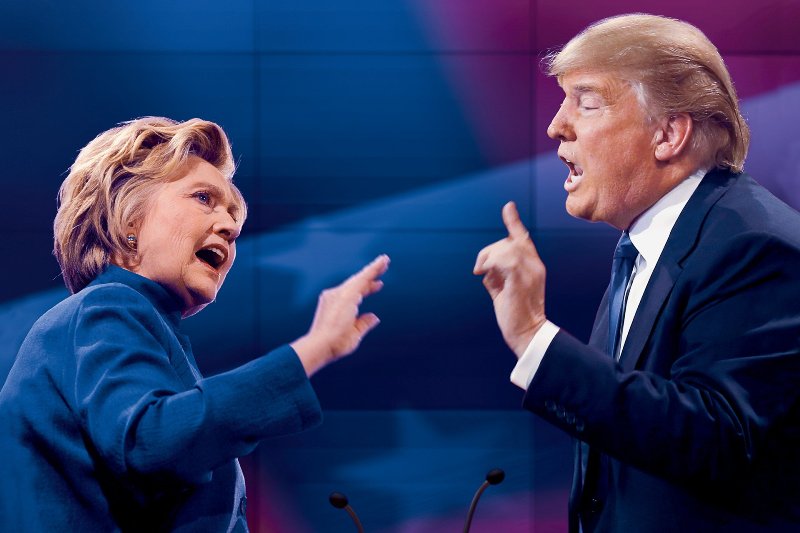 The esteemed editor of African Leadership Magazine asked me to write about “American Choices to the African Benefit.” I had to ponder this request for some considerable time, particularly as I am neither African nor American. I am, in fact, Scottish and I hope that my neutrality helps deliver you, dear reader, some objectivity in discussing the relationship between Africa and America. Firstly, of course, it’s not one relationship between the huge and diverse continent of Africa with all its 54 sovereign states, and the USA. It is as a many relationships as there are states in Africa. Each has its own views about how it interacts with the USA.

The burning question of the moment is who will lead the United States after the election of 8th November. As I write, the polls suggest that Mrs Clinton will emerge the victor. But few in the world thought the UK would quit the European Union. Fewer – certainly few outside Africa – thought the ANC might lose power in Johannesburg and hardly anyone predicted that Donald Trump would emerge as the Republican party’s presidential candidate. The politics of the world’s democracies has never in my lifetime been so unpredictable and fractious. Even in my own native land seismic events unfolded when the 2015 UK general election saw the Scottish National Party end 100 years of Labour hegemony, cutting the number of Scottish Labour MPs at Westminster from 40 to just one. In Austria, the election for president is having to be re-run following concerns about electoral probity and the closeness of the first result. Less than 1% separated the candidates.

Given recent events, it is a brave or foolish writer that would predict the American result with any confidence.

Mrs Clinton is no stranger to foreign affairs and indeed has made much of her experience as Secretary of State in Mr Obama’s first term as president. Mrs Clinton will lead on foreign policy using her experience, her socially liberal stance on many issues, her desire to spread what she sees as American values of democracy and economic and social freedoms and the rule of law. As Secretary of State, she championed programmes to help combat hunger and improve health in Africa and supported development aid initiatives. I’d expect Mrs Clinton to look for stronger political partnerships and to be more minded to support governments standing firmly against terrorism, cutting corruption and encouraging private sector companies to be successful, good corporate citizens and good employers.

Mr Trump is an unknown quantity in political terms. He has never held elected office and never been appointed to a government job. He claims to speak for “forgotten America,” particularly white, middle to lower income America. People whose incomes have been at best stagnant, whose skilled jobs and status have been side-lined or lost to globalisation. Mr Trump seeks to speak for a constituency who feel mass immigration has damaged them economically and is changing America more profoundly than they want to see. “America first” is their cry. ‘Let’s make America great again,” is Mr Trump’s rallying call.

The stark fact is that Mr Trump has hardly mentioned Africa and when on the few occasions he has raised foreign affairs he’s spoken in very general terms. We know that he would strengthen America’s armed forces, aim to destroy Islamic State, seek to reform NATO and seek to “win respect” from China and Russia.

On balance and from the little we know about how Mr Trump sees the world, Africa is more likely to see the trade, aid and military status quo maintained under a Clinton presidency than with Donald Trump in the Oval Office. The US spent $35 billion on economic aid in 2015, with some 20% going into Africa. Overseas aid is an increasingly difficult area for the Western Democracies. Many Trump supporters argue that money should be spent first in America. Only when the US has a real surplus should money go to other countries, is their case.

So, where does all this leave us in relation to the United States and Africa after the US Election Day on the second Tuesday of November?

My argument would be not to ask what America can do for Africa but ask rather what Africa can do not only for the United States but for the world, if you’ll forgive me corrupting the famous John F Kennedy quote.

In recent decades, African art, music and literature has grown to prominence on the global stage. I’d like to see African science and technology rise in the same way. Perhaps the USA (and indeed other Western donor nations) might think more about using aid money to increase the number of African students attending global top 100 universities?

Why not more research campuses of leading US (and European) institutions in Africa, particularly in sectors like agriculture, renewable energy, telecommunications and the digital economy and business schools? Not as rival institutions to existing local universities but in partnership. Of course, such an idea can only have a future if there is political will, a genuine welcome and real security. The aim would be to not only increase the number of highly educated Africa scientists, engineers, technocrats and business leaders, but to increase the representation of African intellectuals on the global stage and across all the great intellectual disciplines. People who can lead, inspire, motivate and encourage for the good of Africa and the world.

So, this is what I’d like to see from a new American administration.

As I write this I remember that the UK has recently decided to quit the European Union and carve its own independent way in the world. Britain needs now to strengthen ties across the globe, to build trade and build deeper friendships and deeper alliances. Part of the UK’s soft power is its world class university sector. Three British universities are in the global top 10, 16 in the global top 100 and 71 in the top 200. African nations, particularly those in the Commonwealth, have been pushing the UK to be more open to foreign students, but the noises coming from government are not positive. This appears to me – and to university and industry leaders in the UK – as short-sighted and counter-productive. Britain’s universities will lose income. Businesses will have a smaller talent pool to call on and the UK’s influence in Africa and other parts of the world will be weaker than it could be. That would be an unfortunate position for a country that has an urgent need to build new markets and stronger friendships.

A new angle on development aid

If we are to have a change in the way overseas aid is calculated (the OECD is currently examining potential changes to how aid is measured) why not include helping students from emerging economies study at great institutions in donor states? Maybe too use aid to encourage more commercial research programmes of the type I proposed above, but with the proviso that local academics, local students and institutions are core parts of any exercise.

The transfer of knowledge and expertise and the widening and deepening of intellectual talent really should be higher on the global development agenda. So, when the new president takes over the White House in January next year let’s hope that American global leadership includes a new higher education and research agenda for Africa. Let’s hope too that the UK is listening and listening to the leaders of education and business.

Forty years ago, when I was an undergraduate at the ancient Scottish university of Aberdeen, I took part in the annual welcome activities for students coming from overseas. Many were from Africa and I met and made friends with people from Nigeria, Ghana, Uganda and Kenya. I remember them fondly as individuals but also because they each brought a different way of seeing the world, had different cultural and political references and the majority had dreams of how they would apply their degrees to the benefit of their homelands. I’d like to think that my grandchildren might one day chose to study at an African university. But lets’ start with trying to persuade the Americans and the British to unlock the doors of great universities to more Africans and help build a stronger research base in Africa. Education is the greatest route to self-confidence and widespread economic progress known to humanity. It can build more self-reliant nations and reduce the need for economic dependency on other states.

Martin Roche graduated MA(Hons) in 1982 from the University of Aberdeen, Scotland. He has worked in newspapers, economic development and inward investment agencies and leading advertising and public relations consultancies.  For over 30 years has been advising political and business leaders on economic development, political and corporate reputation issues. He has worked with governments, financial institutions, famous manufacturing and services businesses and regulators in finance, energy and media. . He is a partner in the geopolitical consultancy, Etoile Partners. www.etoilepartners.com.