Home Opinion When The African Past Meets the Global Future 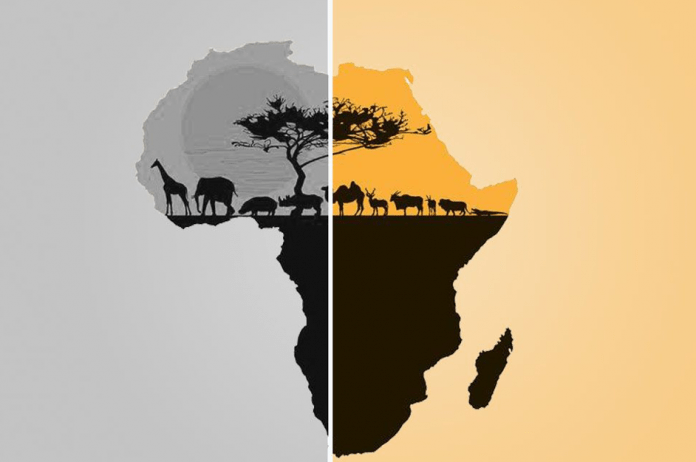 The general picture of Africa in the mid-1990s is that of a region full of the enormous potential to be an economic giant in the world. It’s human, and natural resources have barely been tapped. However, in the global arena, Africa still stands out as a continent engulfed in civil and political conflicts, poor economic performance and deepening poverty.

We must increase global attention on the plight of African people! I wish I had the money and power to do so, but we are obliged to what we can with what resources we have, and I believe your passion combined with mine will do just that.

Too many people drag the past around with them as unnecessary excess baggage and too many others dream of a future they cannot find a way to realise. The only time we have to work with is the here and now. It is in this present moment that we tear down the real or perceived barriers and replace them with bridges from the past to the future. We can determine our future by leveraging on the learnings we extract from our past and current situation into making deliberate decisions and choices in the present.

It seems to me that in Africa, we must create a generation of Champions of Change from so many victims of circumstance. The young people are the hope and future of Africa. Our generation has it all wrong, waiting for the more developed countries to come to Africa’s assistance. It hasn’t worked. There is no reason to expect it will work. The cries of infants suffering and undergoing painful deaths have fallen on deaf ears in the developed countries. I believe the media is the key. We must find ways to develop our people from the inside out. We need to engender a generation of actors who are determined to shape their future, instead of sit crossed-legged waiting for help. The media has a critical role to play in raising the awareness level of people in more developed countries to what is happening in Africa. The change we seek will not come through governments or even international organisations. It will only come from people like us reaching out to each other as brothers and sisters.

Reading the history of Asia, I have heard the “development” taking place there, and there is a valuable lesson for the African people to be learned from the emerging Asian countries as they “modernise”. That lesson is that we cannot afford to sacrifice the past for the future. We cannot afford to lose the traditional values and ways of any ethnic group in the interest of a few dollars. I see that happening across Africa, and it breaks my heart.

If Africa is to realise its incredible potential, it must not sell its culture and wonderful history in the process. That is to me, nothing less than moral prostitution and is unacceptable. We have a major, major crisis in Africa today. The total decimation of entire populations of adults has brought about a terrible situation. Where are the young people supposed to learn values and principles? You have so many young people left without parents, abused and used for selfish and greedy purposes. These are the real victims, and Africa will take a long time to recover from the gap that has been created in recent years. To me, the moral wounds are more severe than the physical ones, though both are connected. Confucius once said that you couldn’t teach philosophy to a hungry man. I completely agree with that conclusion.

One of the problems here is that people in the West do not believe that peace is possible in Africa. Many Africans feel the same, and no one could blame them for their lack of faith and hope based on what they have experienced and are seeing take place all around them today. As long as they believe that peace is not possible, it never will be. That’s the first step. It is time for all African people to stop using weapons of war to destroy one another and begin using the mind and heart to form a coalition to take control of their destiny. You do not need Western governments and corporations coming in to lead the way down their path. That path is not what the African people need. It is a suicide run.

What is taking place in the world today, which many refer to as globalisation, is nothing more than economic colonisation. It is the subjugation of the poorer nations and their people, stripping of their natural resources, and enslavement to none other than the almighty dollar. And that’s the point. On the philosophical side, people have replaced God and spirituality with money. This war on terrorism in which we are engaged is partly our own doing. We have to address the issues that created this intense hatred of America and the West while defending ourselves against those who would kill innocent civilians, women and children. It is a paradox and an irony that has most world leaders today baffled, but it is also reality. And so simple. It is we humans who are complicating it, and this is the reason for so much frustration. People in the West tend to look at Africa and see so much that is overwhelming rather than seeing it as a continent of individual souls and human spirits connected not only to each other throughout history, but also with themselves. Until we all make it, none of us does!

On the practical side, we need to work with the current victims. We need to teach them how to eradicate the wars and poverty and sickness that is wiping out millions of people at such a rate that it is astounding. We need to put an end to the conflicts which no one wins in the end. We need to direct the power of the human mind towards taking care of those who cannot take care of themselves while building nations based on mutual trust and respect. That is how we end wars, not with more guns and ammunition. It is true that violence breeds violence and never leads to a peaceful resolution. History can teach us that if we but look at the truth and not the way the victors record it.

The Native American Indians learned that lesson the hard way. The more they tried to “become white” the more they lost in the process. Genocide survivors in many countries only managed to do so by holding onto the old ways while adapting to evolving situations. Those who allowed themselves to be bullied into losing their identities perished.

That is not to say that the West doesn’t have something to offer – something the Middle Eastern terrorist groups have lost sight of in their total defiance. You don’t have to take all that the West has to offer, just what you need to assist you in attaining your goals. You don’t have to remake Africa in the likeness and image of a country like America. Still, the American principles of individual freedom and fundamental human rights are something that you need to instil in African people everywhere. That’s what’s missing, a basic understanding of and appreciation for the right gift of life, the human spirit.

We are all either Champions of change or victims of circumstances. It is a simple matter of personal and collective choice. If we are to change the world and make it a better place for our children and our children’s children, we must begin that process within changing ourselves and our thinking. Our best thinking is what has created our reality and, as Albert Einstein so wisely said, we cannot resolve a problem by the same consciousness that created it. Once we transform our thinking, only then can we expand it to include and involve others.

As a diplomat and a conflict analyst, I have experienced, first-hand and up-close, the tragedies, horrors and atrocities of human conflict. For the past 20 years, it has been my life mission to create a world in which love and peace replace hate and fear. However, there is still much work to do, and I welcome each of you to the mission for which we were all born. But the eradication of war and conflict is not the entire solution. Even in peace, there are high degrees of human suffering, injustice and cruelty inflicted upon the poor, the imprisoned, the hungry, the sick, the homeless, the needy and the helpless. Until we accept and embrace all these human beings as our brothers and sisters, the necessary transformation will not occur. That, my friends, is a choice each of us must make in our minds and our hearts. That is the starting point.

One final thought: I have heard many people exclaim, “But I am only one person! What possible difference could I make?” Was not Nelson Mandela but one person? Dr Martin Luther King? Mahatma Gandhi? First, they transformed themselves into Champions of Change, and then they changed the world. We must each follow the example of these great leaders. Alone, we must transform ourselves. Together, we will change the world. Believe it, and you will see it!

Dr Samuel Jacobs-Abbey is the Exe. Dir of Jacobs-Abbey Global Institute for Leadership Studies.  He is a scientific researcher, consultant, Diplomat and expert in Public Health Policy.  He has an extensive background in International Human Rights, Leadership and Conflict Resolution. He was a distinguished fellow from the Institute of Comparative Studies, University of Connecticut and holds an Associate degree in Health Information Management and a Bachelor of Science in Healthcare Administration from Purdue Global University. Samuel also holds an MBA in Healthcare Management and Public Health Policy from Donald R. Tapia School of Business at Saint Leo University and a PhD in Health Services with a Special Concentration in Public Health Policy from College of Health Science, Walden University.  He has presented and discussed research papers at several international conferences. Also, he has chaired conference sessions on Global Health issues, corporate governance, Human Rights, Leadership and in emerging economies.

He is a member of the American College of Healthcare Executives and the American Health Information Management Association.  A Junior Chamber International lifelong Senator and a seasoned diplomat

His research interests are in the areas of Public Health Policy, Corporate Governance, Human Rights and Gender Equality. Some of his works have been published in reputable journals. His doctoral research topic was “Perceptions of Physician Influence on Healthcare Accessibility: A Qualitative Study of Physicians.”

Artist for Human Rights recognised his work and innovative method for the teaching of human rights with the prestigious Human Rights Hero Award.  In 2019 Dr Jacobs-Abbey was awarded the prestigious Mahatma Gandhi Leadership Award for Social Good by Lanka Achievers Foundation, Sri Lanka aimed at honouring and popularising the good social impact of thousands of individuals and organisations making social change impact.