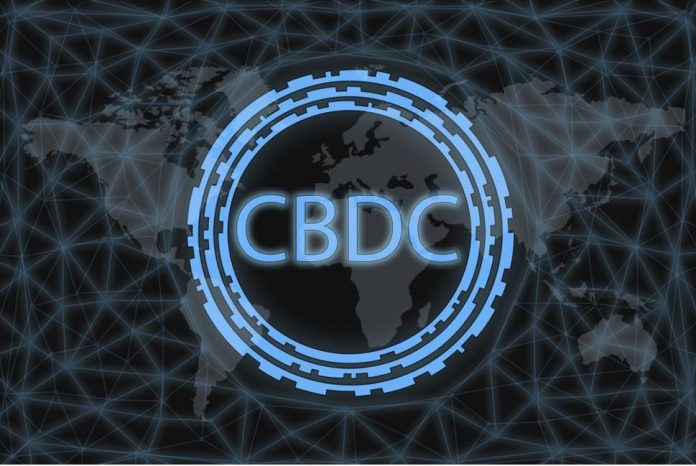 The ability of private cryptocurrencies to replace third-party payment intermediaries with distributed ledger technologies (DLT), such as blockchain technologies, is thought to offer benefits that could radically change national payment ecosystems. More specifically, this replacement is intended to enable near-instantaneous peer-to-peer (P2P) transactions at a fraction of the cost and with a purportedly greater degree of data privacy through the encryption of financial information.

Digital currencies are becoming more popular in Africa, as they provide a quick, convenient, and direct peer-to-peer route for remittance payments, international business, and savings. The demand for digital currencies in Africa is rapidly increasing. On the continent, private cryptocurrency providers are on the rise, and even central banks are ensuring that they do not fall behind by exploring better ways to produce and hold virtual money within secure ecosystems. Central Bank Digital Currencies (CBDC) are springing up.

CBDCs, otherwise known as digital fiat currencies (DFCs), are traditional sovereign currencies that exist in a digital or algorithmic format. Though similar to private cryptocurrencies in digital appearance, CBDCs represent a lawfully mandated means of payment as universally accepted legal tender backed and regulated by a central bank. Their one-to-one denomination with existing sovereign paper currency implies that CBDC would be subject to only national currency exchange-rate fluctuations and capable of acting as a stable unit of account and store of value. CBDCs are therefore conceived as better complements or substitutes to physical cash than private cryptocurrencies.

Nigeria, Africa’s most populous country, recently launched the eNaira, a digital currency. As the demand for digital currency rises dramatically across the continent, several other African countries are considering launching their own virtual money, backed and issued by central banks.

Shifting technologies, changing tastes, economic expansion, and the need to successfully satisfy the purposes of money have all fueled monetary transformations throughout history. Money (and finance) has evolved throughout human history. Three historical shifts have paved the way for today’s digital revolution.

The case for CBDC

The underlying premise for CBDC can be traced back to the classical economics’ idea that currency is a public benefit given by the government. It is characterized as an asset in electronic form that satisfies the core functions of paper currency, with universal access and legal tender. CBDC would serve as a unit of account, a medium of exchange, and a store of value, all of which are essential functions of money.

The key factors driving interest today in CBDC include the following:

The open economy and the CBDC

CBDC has a significant impact on the open economy. For starters, it has the potential to enhance cross-border payments drastically. Payments could be made almost instantaneously thanks to digitization. Similar to the first transatlantic connection in 1866, it would provide a social saving.

Some stablecoins claim to be able to facilitate peer-to-peer payments using their existing networks. If stable coin suppliers gain control of these arrangements, it might jeopardize monetary sovereignty while also posing a credit risk. This strengthens the case for CBDC or some other form of regulation. However, sovereign CBDCs would need to make arrangements with their overseas counterparts for interoperability.

Second, a system of CBDCs that tightly connects the monetary and payment systems of different nations could amplify the effects of domestic monetary policy on other countries.

Third, CBDC and stablecoins may lead to currency substitution (money digitalization), which could influence state-owned firms’ monetary sovereignty, particularly in countries with weak monetary and financial institutions. Stablecoins’ ability to isolate the operations of money may allow for effective currency competition. Because of the supremacy of their networks, stablecoins may be able to challenge the dollar’s dominance.

On the other hand, private currency competition could face the same interoperability and coordination issues that beset numerous competing currencies in the nineteenth century. Information asymmetry, like these, would bolster the case for CBDC. The imperfect substitutability of private digital currency would be eliminated with an interconvertible CBDC system.

The possibility to alleviate current inefficiencies in the flow of foreign remittances (FR) is one of the primary benefits touted for the CBDC’s establishment. For a developing continent like Africa, FR flow remains one of the most important sources of revenue.

CBDCs may provide a vast route for expanding intra-African trade through a uniform payment system for cross-border trade in goods and services inside the African Continental Free Trade Area (“AfCFTA”), in addition to the tremendous potential for efficiency in the movement of FR.

Once fully functioning, the AfCFTA will create enormous value and economic development for the continent. Blockchain technology offers significant benefits, which the continent must completely embrace to make a quantum leap forward in economic development, particularly following the setback caused by the COVID-19 pandemic. DLT solution for cross-border and FX funds transfer offers enormous potential for streamlining cross-border payments and saving time and money.

Payment verification decentralization, a resilient payment landscape, payment innovation through the use of smart contracts, cash tokenization, data integrity, and interoperability are just a few of the benefits that have already been discovered through research. These are growing solutions to cross-border transaction pain points, and African entrepreneurs and SMEs will tremendously profit from this system.

The DLT solution, like previous technological advancements, is not without flaws, and various countries are still working out the wrinkles. The dialogue, however, continues, and Africa, through the AfCFTA, must not be left out of it, as the DLT solution offers to be one of the most important pathways for removing non-tariff trade barriers within the continent. As earlier stated, many African governments are studying and examining the possibility of issuing CBDCs in their domains. We believe CBDC adoption in the AfCFTA is on the horizon, although slowly.

As a result, the necessity of early cooperation among member states during the design stage, or at the very least the pilot stage, cannot be overstated. If this opportunity is lost, later coordination becomes complicated, time-consuming, and expensive, and the continent’s economic development goal may be set back for decades. A proliferation of largely unregulated cryptocurrencies and their variants as a means of payment across large eCommerce platforms, as well as the likely adoption of global alternatives to money like stablecoins, which is already a topic of discussion, would be the unplanned and undesirable alternative.

Through cooperation with organizations like the Bank for International Systems (BIS), some countries and regional economic blocs are making significant progress in finding feasible ways to harness the benefits of CBDC adoption. If Africa is to take advantage of the AfCFTA’s enormous potential for trade liberalization. In that case, it should look to these states for research and development cooperation in CBDCs as a viable form of cross-border payments.