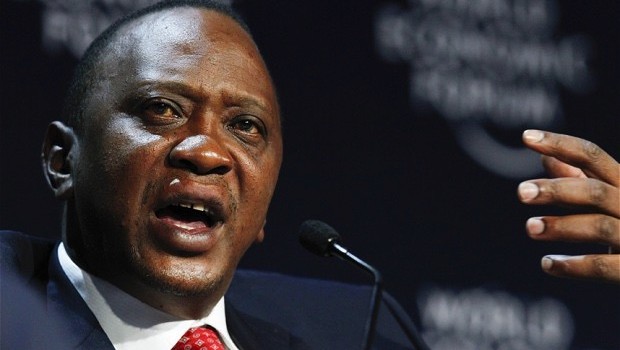 The International Criminal Court (ICC) was forced on Dec. 5 to abandon its case against Kenyan President Uhuru Kenyatta. The embattled international court has faced severe obstacles since its formation in 2002 in prosecuting human rights abusers, with only two successful convictions to date. Kenyatta’s case is considered yet another example of the court’s weaknesses, and brings to question the reason for its existence. Here are 12 things you didn’t know about ICC’s failed case against Kenyatta.

Kenyatta was accused of multiple crimes against humanity

Following the elections in 2007, ethnic violence broke out across Kenya, in which 1,200 people died and 600,000 were displaced. Kenyatta was charged with inciting the violence in an effort to secure victory for then-President Mwai Kibaki. He was indicted on charges of murder (article 7(I)(a)), deportation or forcible transfer of peoples (article 7(I)(d)), rape (article 7(I)(g)), persecution (article 7(I)(h)), and other inhumane acts (article 7(I)(k)).

In October 2012, Kenyatta became the first sitting head of state to appear before the ICC. During this time, he temporarily transferred power to Deputy President William Ruto so he could fly to The Hague to appear before the court. He had appeared previously before the ICC before being elected president. In the months that followed, the prosecution repeatedly asked for more time to build its case.

Prior to the case being dismissed, Kenyatta’s administration was hard at work lobbying U.N. Security Council members to delay the case on the grounds that Kenyatta’s presence at home was critical to national security – particularly in defending against al-Shabaab terrorist violence spilling over from neighboring Somalia.

ICC chief prosecutor for the case against Kenyatta, Gambian lawyer Fatou Bensouda, put much of the blame for the failure on Kenyan authorities. Bensouda said the authorities were responsible for intimidating witnesses to back out of testifying, as well as for withholding documents that the prosecution needed to build a strong case. “Contrary to the government of Kenya’s public pronouncements that it has fully complied with its legal obligations in this case, the ruling has confirmed that in fact it has breached its treaty obligations under the Rome statue by failing to cooperate with my investigation,” she said.

Bensouda accused the Kenyan media and government for obstructing the prosecution

In a statement following her withdrawal of the case, Bensouda blasted Kenyan media outlets, pointing to the “steady and relentless stream of false media reports…an unprecedented campaign on social media to expose the identity of protected witnesses (and) concerted and wide-ranging efforts to harass, intimidate and threaten individuals who would wish to be witnesses.”

After it withdrew its case, Kenyatta lashed out at the court

Throughout the indictment process, Kenyatta maintained his innocence regarding the 2007 post-election violence. Following the announcement that the case was being withdrawn, he said, “The prosecutor opted to selectively pursue cases in a blatantly biased manner that served vested interests and undermined justice. As a result, the court has had to pay a steep reputational price, which it will continue to face unless a serious and systemic rethinking of the international justice framework is undertaken.”

With the backing of then-President Kibaki, Kenyatta was a frontrunner for the 2013 election in Kenya. During the campaign process, he repeatedly brought up the ICC case against him to rally nationalist support, intimating that he would take a strong stand against international institutions meddling in Kenyan affairs.

Deputy President William Ruto remains on trial at the ICC

Deputy President Ruto has also been charged with inciting 2007 post-election violence. Ruto’s case at the ICC has not yet been thrown out, though Kenyan officials have stated their commitment to seeing it withdrawn as well. Ruto and Kenyatta formed an alliance in the 2013 election, and many are concerned that Ruto’s case remaining open while Kenyatta’s was dropped might upset the ethnic and political balance that was achieved with the alliance. A third defendant, Joshua Sang, remains on trial at the ICC, and both he and Ruto have maintained their innocence throughout the trial.

Part of the weakness of the ICC comes from its dependence on foreign governments’ cooperation in turning over suspects and providing evidence. With no police force of its own, the ICC is subject to governments cooperating. It’s no big surprise when they refuse to cooperate, choosing instead to protect their own people including leaders of the governments themselves.