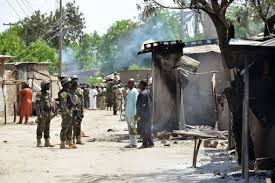 An estimated $9 billion would be required for the rehabilitation and reconstruction of damaged infrastructure in the six North-East states of Adamawa, Bauchi, Borno, Gombe, Taraba and Yobe, the office of the Vice President has recently said.

Of the amount, over $6 billion is immediately needed to commence the recovery of the North-East region.

Relying on a report of an exercise jointly put together by the Federal Government, the United Nations, the European Union and the World Bank after the completion of the two-day validation and consensus building workshop in Abuja, the office announced that the World Bank had pledged to make available $800 million towards the rebuilding of the region.

To this end, a statement by the media aide to the Vice President, Mr. Laolu Akande, said: “The joint efforts of the federal and state governments with the global partners would now be directed to prioritising the needed interventions and projects, arranging their sequence and coming up with an action plan.”

It quoted the Sector Manager, Urban Development and Disaster Risk Management at the World Bank Headquarters in Washington, Mr. Idrissa Dia, as saying that the physical participation of the Bank at the validation workshop last week in Abuja is a affirmation that the global financial institution is encouraged by the initial feedbacks on the findings of the recovery and assessment.