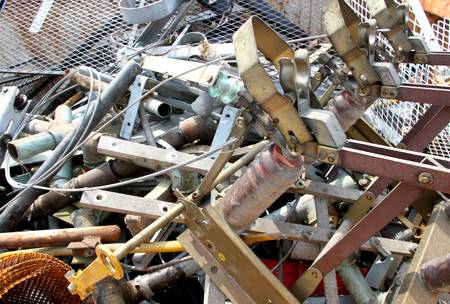 The Zambia Metal Recycling Association has formulated a task force to govern the operations of scrap metal dealers in the country.

ZMRA has instituted the task force to also help tackle the various challenges being faced in the scrap metal business especially issues that deal with vandalism.

Mr. Luo noted that there has been a rise in vandalism, owing to the shortage of scrap metal on the market, necessitated by lack of coordination by the companies that generate metals and buyers.

Mr. Luo said that there were too many lapses in the scrap metal business with too many stolen goods being reported.

Mr. Luo said that there has been a spike in vandalism at Zambia railways, ZESCO, ZAMTEL and many mining companies and utility companies in the country.

He said the formulation of the task force will ensure the proper certifications and procedures on both the seller and buyers are formalized.

Mr. Luo said that the inspections by the task force would commence in October.

And speaking at the same event ZESCO Southern Regional Manager Victor Chisangwa said that the company has lost K168,000 worth of goods due to vandalism in Lusaka only.

He said that the formulation of the task force will help bring sanity
in the country.

And Universal Mining and Chemicals Industrial limited Executive Technical Director Julius Kaoma who spoke on behalf of metal buyers, said that there was an influx of stolen metals on the market.

He said that there were no rules and regulations made on the control of scrap metal on the market.

And that companies like his have no way of knowing where the metal they were buying was coming from weather stolen or not.

He said that the task force would help make sure that only certified metals were traded.