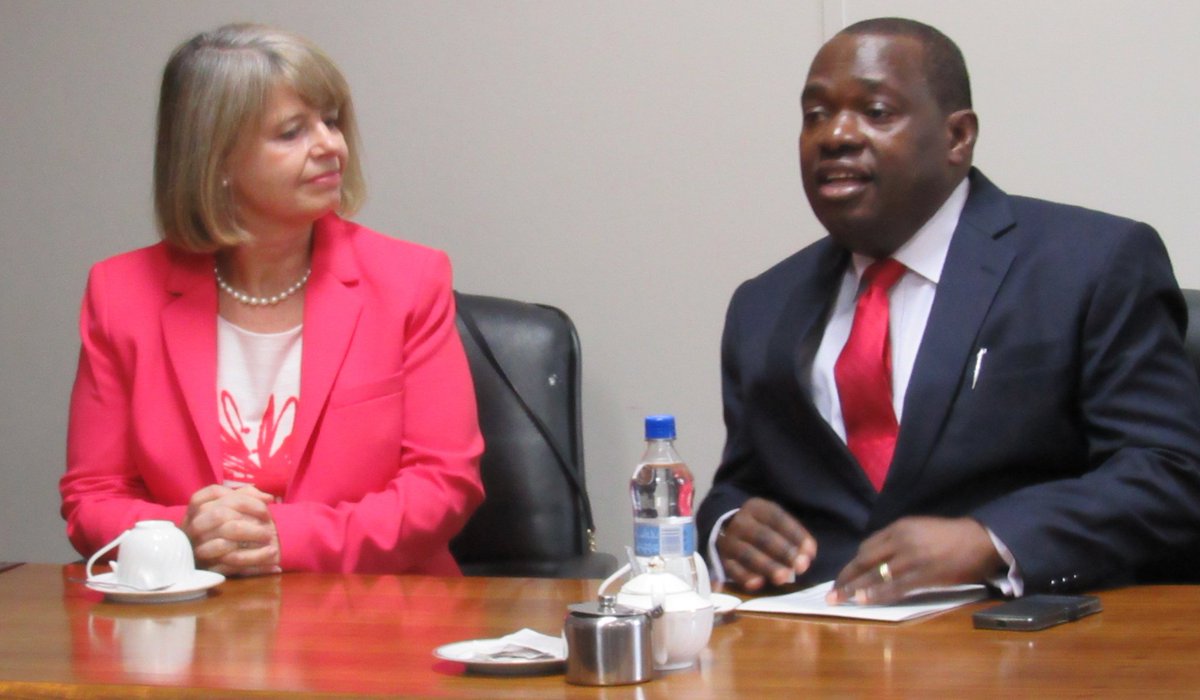 In a meeting held recently between Foreign Affairs and International Trade Minister, Retired Lieutenant-General Dr Sibusiso Moyo and British Minister for Africa, Mrs Harriet Baldwin, it was realized that Britain is keen to assist Zimbabwe to identify resources to compensate former white commercial farmers who their lost farms during the land reform program; an issue that triggered the stand-off between Harare and London at the turn of the millennium.

Briefing the Herald after the closed door meeting, Ambassador Chitsaka Chipaziwa said Mrs Baldwin stated the importance of the invitation extended to Lt-Gen (Rtd) Dr Moyo and how it should herald serious reciprocal visits between Harare and London.

He added that the British government places emphasis on the importance of free and fair elections in Zimbabwe, saying London would put in a good word for Zimbabwe in the ears of the major players in the international community. Adding that the U.K and Zimbabwe were not going to be restricted by the past but were very much interested in the future, and the £100 million per annum DFID assistance programme will continue into the future.

In response, Dr Moyo thanked Mrs Baldwin for attending the 38th independence celebrations held recently at the Zimbabwe Mission which she described as “a fantastic party”.

He also announced that Zimbabwe would follow the steps necessary to rejoin the Commonwealth after appropriate preparations. In addition, he thanked the British government for the positive role played by the UK delegation at the Spring Bretton Woods institutions’ meetings last week when they helped Zimbabwe to re-launch the Lima process to address Zimbabwe’s debt arrears.