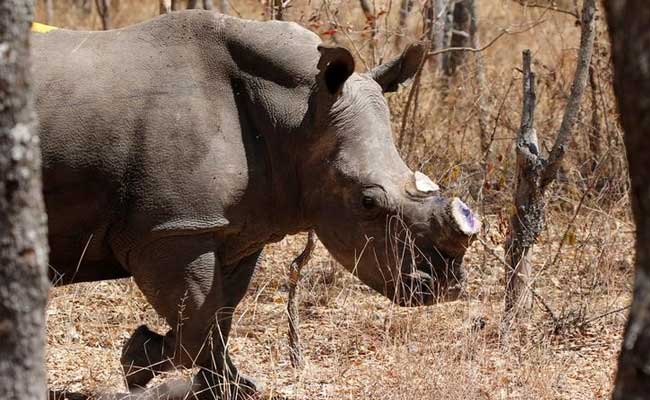 Government and conservation stakeholders have embarked on a $1 million de-horning programme for Zimbabwe’s rhinos, in a bid to enhance the security of the endangered species.

Zimbabwe’s rhino population is estimated at around 800, although it is considered precarious.

The de-horning exercise, which is being undertaken in the Matopos National Park, that holds the largest herd kept in a natural environment, has already been completed in Chipinge and Chivero parks.

The programme is expected to be completed later this year.

It costs at least $1 200 to de-horn a single rhino. Zimbabwe National Parks and Wildlife Management Authority senior ecologist, Mr Colum Zhuwawo, said the programme was part of efforts by the authority, to protect one of Zimbabwe’s flagship animals that have increasingly come under threat for its horns.

“This is not an exercise that is mainly concentrated on Zimbabwe, but regionally and internationally, as the rhino population has become increasingly under threat from poachers who are attracted to the international market especially in Asia.

“South Africa has upped its programmes in trying to protect its rhino population including frequent monitoring of the animals, and we believe this could make Zimbabwe a target so the next thing for us is to frequently de-horn the rhinos for their protection,” he said.

Mr Zhuwawo said while Zimbbwe’s rhino population was impressive, the number remained precarious hence the need to protect the animals.

The frequent de-horning of rhinos in Zimbabwe is expected to see its population rising by at least 5 percent, per year.

Dambari Wildlife Trust director Mrs Verity Bowman, a key partner in the dehorning programme, said Zimbabwe is channeling most of its conservation resources to flagship species that are endangered.

“This is part of security measures to protect the endangered species, and while it is a costly exercise, it is a programme that has been effective in protecting the rhinos,” she said.

“The problem is when we are dictated to by people who have destroyed their animal population, but we would do anything possible to protect the numbers that we have in the hope that we increase their numbers,” she said.

The rhino de-horning programme, which will see all the rhinos in Zimbabwe dehorned, is undertaken after every two to three years, when the animals’ horns, usually targeted by poachers for the international market, have regrown to a certain length.

Zimbabwe has been commended for its efforts in protecting endangered animals such as rhinos, elephants, lions and other specified animals found in protected areas.