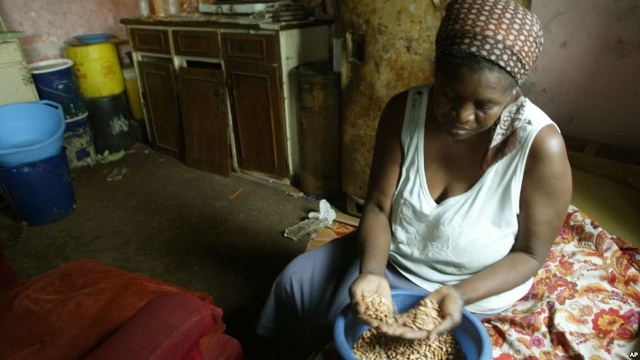 Former Economic Planning Minister Tapiwa Mashakada says Industry in Zimbabwe has been decimated as a result of the collapse of the agro-industrial value chain thereby incapacitating it to alleviate poverty.

“Whereas the industry used to provide jobs to millions now it is a former shadow of itself. The first frontline of poverty reduction is employment. In Africa the formal sector has been replaced by the informal sector which is a poverty trap for the bottom million. In this sector incomes are low and they work for long hours with little productivity. So I will safely say that industry in Zimbabwe and Africa is a huge disappointment,” Mashakada said.

Renowned Economist Eddie Cross said all studies show that the main driver for reducing poverty was urban, industrial job creation which is very difficult to achieve.

“I do not really know how African industry is doing – my casual understanding is that industry in Africa is not growing – the main drivers are mining and agriculture,” Cross said.

Cross said industry players have to invest, create jobs and then sustain jobs by constantly changing and adopting new technology among any other forms of contribution something which   is affecting Zimbabwean industries.

He said until the economy starts operating properly and investors can fund their operations using low cost financing industry in Zimbabwe will be capacitated to stamp out poverty.

He added that Industries in Zimbabwe, “are trying to survive – have no clue or any capacity to help and they themselves are being impoverished.”

Former Southern African Development Community (Sadc) chairperson and Zimbabwean leader President Robert Mugabe in May last year  at the Sadc Extraordinary Summit held in Harare acknowledged that 70% of people in the region were weltering in misery despite boasting of immense natural resources.

“Our region is endowed with abundant and diverse natural resources.
Just to illustrate this point, our mineral sector alone contributes to world production, and out 6 % of coal,7% of nickel,8% of copper,13 % of uranium,15% of manganese,18% of cobalt, 21% of zinc, 26% of gold, 41% of chromite, 55% of diamonds and 72 % of platinum group of metals,” Mugabe  said.

“But alas despite the rich and diverse endowment of our region about 70 % of our people continue to live below the poverty datum line.”

Poverty levels in Zimbabwe have also been indicated by Zimbabwe National Statistics (Zimstat), which say that the food poverty datum line for one person at the end of January 2016 stood at $31, translating to about $1,03 a day for food.

This terrible situation has been compounded by intense El Niño weather which has brought devastating drought to southern Africa and caused a second failed harvest that has left many farming families in abject poverty.

WFP is rapidly stepping up life-saving operations and is reaching growing numbers of people with food and cash-based relief, while strengthening resilience building.

An urgent turnaround is needed, jobs have to be created, the economy needs to grow once again.