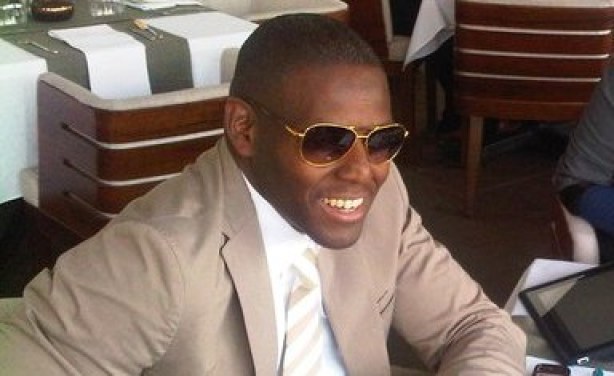 A ZIMBABWEAN businessman has been named among some of Africa’s youngest United States dollar millionaires with “incredible success stories” by a South African newspaper.

Buyanga, who recently splashed on a US$345,000 Bentley Mulsanne, was named alongside five other “US dollar millionaires from South Africa and the rest of the continent who have inspirational stories”.

“Zimbabwe may be experiencing the worst economic meltdown in its history but Frank Buyanga has proved to be an entrepreneurial ray of hope for young businesspeople hoping to make it,” the New Age reported.

Buyanga, the paper added, is “among the richest young businesspeople in Africa… with impressive investments in Zimbabwe, South Africa, Zambia and as far as the United Kingdom.”

The report however noted that Buyanga’s success had “upset his competitors in his home country who accused him of conning people of their properties” leading to a lengthy police investigation which was wound up in January with the Zimbabwe Republic Police stating in High Court papers that it had found no evidence of criminality against him.

The flamboyant businessman, with an estimated US$20 million personal fortune, has used some of his riches to amass an impressive garage of supercars – his latest toy a 2014 $345,000 Bentley Mulsanne named last August in BBC Top Gear’s top five luxury cars that guarantee “utter serenity”.

The Bentley, which came third in that list, “will show those peasants who is boss,” Top Gear said in the review, which listed the Rolls-Royce Phantom EWB as the ultimate and the Mercedes Benz S-Class 350 BlueEfficiency as its first runner up.