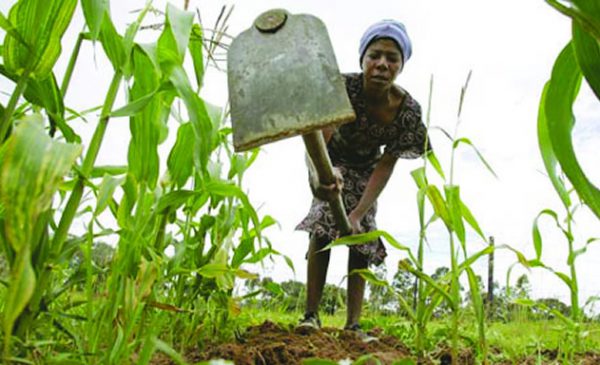 The government has decided to support the mainstreaming of green innovations in agriculture to mitigate the effects of climate change to agricultural performance and the economy. This move was made in a bid to boost economic development across all sectors which in turn will boost the country’s middle income economy by 2030. The agricultural sector which contributes a lot to the economy of the country is under serious threat as a result of the effect of the climate change.

Ambassador Boniface Chidyausiku, the permanent secretary in the Office of President and Cabinet while talking to delegates at the official opening of the 2018 Green Innovations Expo and Conference in Harare stated that the government was aware of the threat that climate change posed to the country’s agriculture prospects hence the need to invest in innovative strategies.

He confirmed that support has been offered by the United Nations Development Programme (UNDP), Embassy of France in Zimbabwe, United Nations Children’s Fund (UNICEF) and Konrad Adenauer Stiftung (KAS) as re-engagement efforts continue to bear fruit.

He stated that the government is not ignorant of the challenges posed by climate change and is trying very hard to fulfill Zimbabwe’s part to the United Nations Framework Convention on Climate change. Zimbabwe, under the 2015 Paris Agreement on Climate Change, pledged to reduce its energy sector greenhouse gas emissions by 33 percent per capita to mitigate the climate change effects.

In the words of Dr Anxious Masuka, Zimbabwe’s Agriculture Chief executive, this Green Innovations Expo and Conference is, therefore, an important platform to clear these assumptions, point out the value of going green to the individual, the community and the national economy in the long run, and showcase business opportunities available in this increasingly important sector.