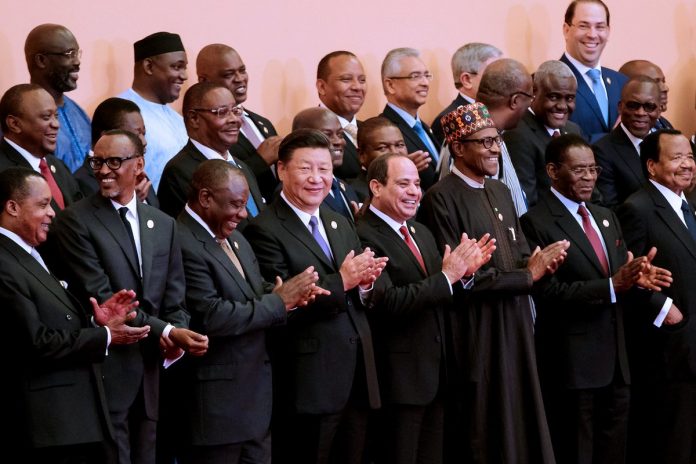 The year 2020 marks the 20th anniversary of the founding of the Forum on China-Africa Cooperation (FOCAC). China, along with all African countries, is happy to celebrate the moment of great and unique significance.

Twenty years since its establishment, FOCAC has travelled an extraordinary journey. Under the joint efforts made by China and Africa over the past two decades, FOCAC has grown into an important and dynamic platform for China and Africa to carry out collective dialogues as well as an effective mechanism for practical cooperation and represents an important flag for South-South cooperation. China and Africa have all along adhered to the principle of putting people first and committed themselves to the high-level quality development of the China-Africa comprehensive strategic and cooperative partnership, with FOCAC cooperation benefiting the people of both China and Africa. At the successful 2018 FOCAC summit held in Beijing, China and Africa agreed to build a closer China-Africa community with shared future, charting the course for the future development of bilateral relations.

China-Africa relations have grown by leaps and bounds under the guidance of this forum, with deepening political mutual trust, expanding practical cooperation in all areas, and closer people-to-people and cultural exchanges. The tangible results of the forum have been highly recognized by African countries and widely praised by the international community.

China-Africa relations will always grow from strength to strength. China would like to take the 20th anniversary of FOCAC, together with African countries, as an opportunity to continue upholding the principle of “achieving shared growth through consultation and collaboration”. China will constantly enrich and improve FOCAC’s mechanism, giving further play to the leading role of FOCAC in China-Africa relations. China will connect China’s Two Centenary Goals to the Agenda 2063 of the African Union. China will comprehensively implement the achievements of the Beijing Summit and the Extraordinary China-Africa Summit on Solidarity Against COVID-19, pushing the China-Africa comprehensive strategic and cooperative partnership to a new height. China wishes to build a closer China-Africa community with a shared future, so as to benefit both Chinese and African people and build a better future for all human beings. China believes that the next session of FOCAC to be held in Senegal in 2021 will further facilitate realizing the common goals of China and African countries.

China attaches great importance to debt suspension and alleviation in Africa and is committed to fully implementing the G20’s Debt Service Suspension Initiative (DSSI). At the Extraordinary China-Africa Summit on Solidarity against COVID-19, President Xi Jinping announced important measures on debt suspension and alleviation in Africa. China is actively responding to African concerns in accordance with the consensus reached by Chinese and African leaders and the G20’s DSSI. At present, the Export-Import Bank of China, as an official bilateral creditor, has signed debt suspension agreements with 11 African countries. Other non-official creditors have also reached consensus on debt relief with some African countries with reference to the DSSI. China will also waive interest-free loans due to mature by the end of 2020 for 15 African countries and continue to push the international community, especially the G20, to further extend the duration of debt suspension.

As for the false accusations made by some countries and media against China, I would like to point out that if we break down African countries’ foreign debt, multilateral financial institutions and commercial creditors hold more than three-quarters of the total, and so bear a greater responsibility for debt relief. China has always been aboveboard in its cooperation with Africa, never interfering in the internal affairs of African countries or attaching any political strings. This is also the principle China follows when dealing with Africa’s debt issue. It is not China that is setting a “debt trap” for Africa, and China refuses to wear this ill-suited label. Some years ago, when dealing with Africa’s debt problems, certain countries attached a lot of political strings and set standards and thresholds that many African countries could hardly meet. Their attempt to remodel Africa by taking advantage of the debt issue has been widely criticized by African countries. China has never been absent when it comes to supporting Africa. China will continue to strengthen communication and coordination with African countries and resolve the debt issue through friendly consultation.

Last but not least, the current COVID-19 pandemic is a severe challenge for all human beings and brings a huge impact on the world economy. China has the strong wish to work with Africa, continuing to uphold the spirit of solidarity and cooperation, and cope with various risks and challenges, making China-Africa cooperation a good example for multilateralism and mutual benefits, contributing to defending international fairness and justice on the world stage, and promoting global development and prosperity.