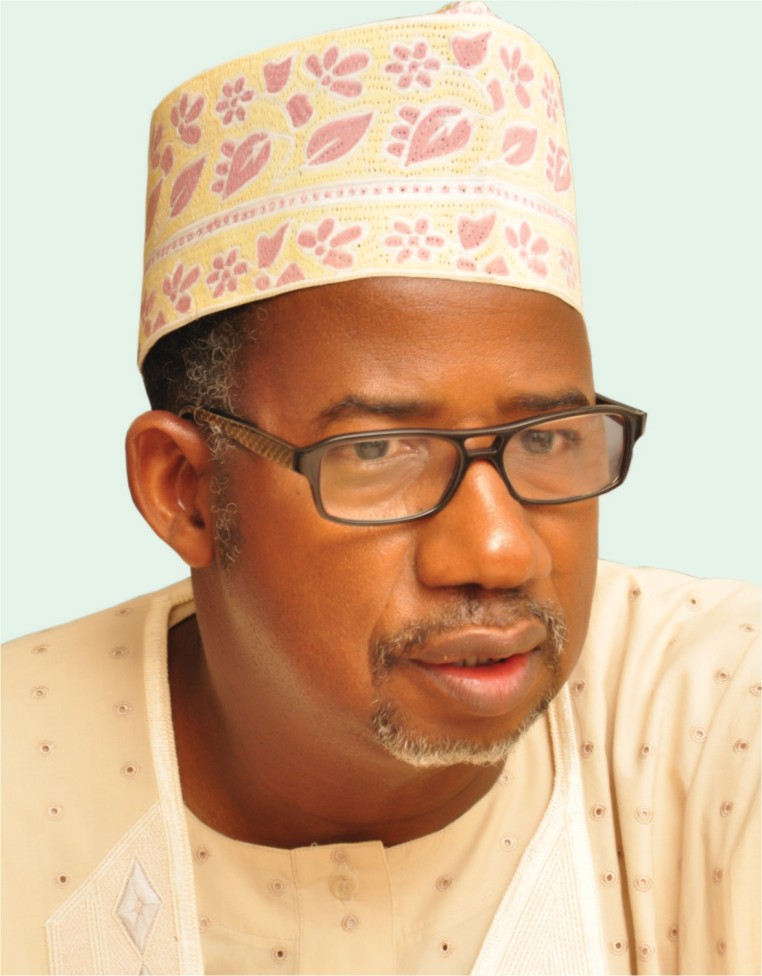 Senator Bala Abdulkadir Mohammed, an illustrious Nigerian statesman, was born on 5th October, 1958 at Duguri Town in Alkaleri Local Government Area of Bauchi State. He attended Duguri Primary School, Bauchi from 1965 to 1971 where he secured his First School Leaving Certificate. After that, he was admitted into the Government Secondary School, Bauchi from 1972 to 1976 where he passed his WASCE. From there he proceeded to North East College of Art and Science between and 1977 and 1979 for his Advanced Level Certificate. Thereafter, he gained admission to the University of Maiduguri in 1979 and graduated in 1982 with a Bachelor of Arts Degree in English Language.
Senator Bala Mohammed also attended the Administrative Staff College of Nigeria (ASCON) in1988 for a general management course. In 1997, he attended a capacity building training in Lagos and was given a certificate of the Institute of Purchase & Supplies.

THE JOURNALIST
Senator Bala Mohammed is a proud member of the journalism profession. He began his career as a journalist in the early 80s and rose to the position of News Editor of the Mirage Newspaper, Jos between 1982 and 1983. He also had a stint as a News Reporter with the News Agency of Nigeria, (NAN).

THE CIVIL SERVANT
In 1984, Senator Bala Mohammed left his flourishing journalism career for civil service when he got employed as an Administrative Officer under the Federal Ministry of Internal Affairs, Abuja. In 1994, he was promoted and redeployed as Principal Administrative Officer in the Cabinet Secretariat of the Presidency.

He was Chief Supplies Officer, Federal Ministry of Solid Minerals from 1995 to 1997. He rose to the position of Assistant Director in the Federal Ministry of Power and Steel in 1997. He held the position until 1999 when he was promoted Deputy Director/Special Assistant to the Minister, Federal Ministry of Transport. He successfully discharged his functions in that capacity from 1999 to 2003.
Following his dint of hard work and innovation, Senator Bala Mohammed was promoted the position of Director of Administration, Nigerian Railway Corporations in 2003. Later in September that year, he became Special Assistant to the Minister of Aviation. In January 2004, he became Director of Administration and Supplies, Nigerian Meteorological Agency.
Alhaji Bala Mohammed’s main duties which he performed during the period, 1982 2003, include working as a versatile journalist and team member to facilitate the establishment of the Mirage Newspaper, Jos; setting of the Democrat Newspaper Office at Makurdi, Benue State; Serving as Secretary, National Advisory Committee of Nigerian citizenship; Secretary, Inter-Ministerial Committee on National Day Celebrations and Secretary, National Advisory Council on Religious Affairs.

THE SENATOR
Senator Bala Mohammed was elected Senator of the Federal Republic of Nigeria on April 21, 2007 to represent the good people of Bauchi South Senatorial District. He occupied the respected seat in the hallowed chambers of the National Assembly until his appointment as the Hon Minister of Federal Capital Territory in April 2010.

Senator Bala Mohammed was reappointed FCT Minister on July 2, 2011. His tenure as FCT Minister is the highpoint of an eventful career in civil and public service.

Since his appointment, he has not left any stone unturned in his determination to ensure that he leaves a lasting legacy on the sands of time.