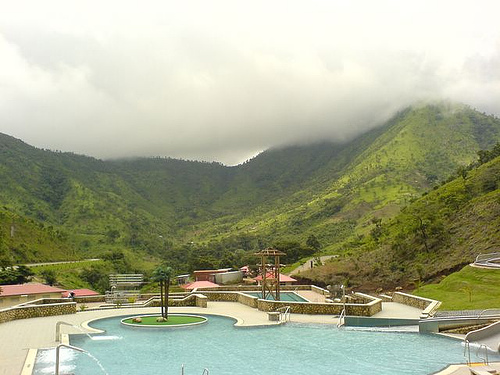 The lender joins the league of other investors who have identified tourism – described as a strong alternative to crude oil as a revenue earner – as a key sector to develop in Nigeria.

Ohiwerei said the bank would also embark on massive capacity development for operators in the sectors to enhance their chances of accessing funds, adding that the bank would extend this to 13 other viable business segments.

According to analysts, Nigeria’s tourism sector has potential to become a $4 billion industry. The sector has been described as under-utilized, contributing a meagre 0.5 percent to its GDP. However, it has since been selected as one of six priority areas central to the revival of the country’s economy in view of declining global oil prices.

“For any economy to grow, these sectors [hospitality and tourism] must be vibrant”, Ohiwerei said. “We are now ready to come into this space, giving our success in other sectors of the economy.”

With fundamentals pertinent to the development of the sector lacking, experts are sceptical as to its growth.

More so, observers say what could be achieved in the sector seems gloomy in the face of security challenges and poor infrastructure.

While many Nigerians have lived with power outages all their lives, it has deterred many would-be visitors from travelling to the country. According to an analyst, the bulk of foreign arrivals are mainly for business ventures.

Charity they say begins at home

According to a Lagos-based tourism entrepreneur, one way of increasing tourism traffic in Nigeria is by promoting domestic tourism.

According to him, Nigerians do not spend their holidays in Nigerian hotels. They prefer to go out of the country. Those who cannot afford a foreign trip, sit back home.

Part of the reason for this situation is lack of awareness.

The National Awareness and Patronage Survey carried out by the NTDC in 1998 revealed that less than 20 percent of Nigerians who spend their holidays out of the country had visited Yankari Game Village or the Obudu Cattle Ranch, and more than 50 percent of the regular visitors to these resorts were foreigners.

The low level of awareness is a direct result of inadequate information about the Tourism Resorts in Nigeria. This is in spite of the Zonal Structure of the NTDC which has as one of its primary objective: the overall promotion and marketing of tourism activities in Nigeria.

A gold mine nonetheless

According to a global market researcher, the tourism sector of Africa’s most populous nation still represents a huge potential for investors and has recently seen an increase in foreign direct investment (FDI) stemming from the development of hospitality infrastructure.

In the search for high-growth markets, several international hotel chains such as Hilton, Sheraton, Best Western and Marriot have moved quickly to gain a foothold in the country.

The nation’s improving economy, an expanding business environment, as well as efforts by the government to develop a competitive travel and tourism industry are expected to boost the sector and ultimately stimulate economic growth.