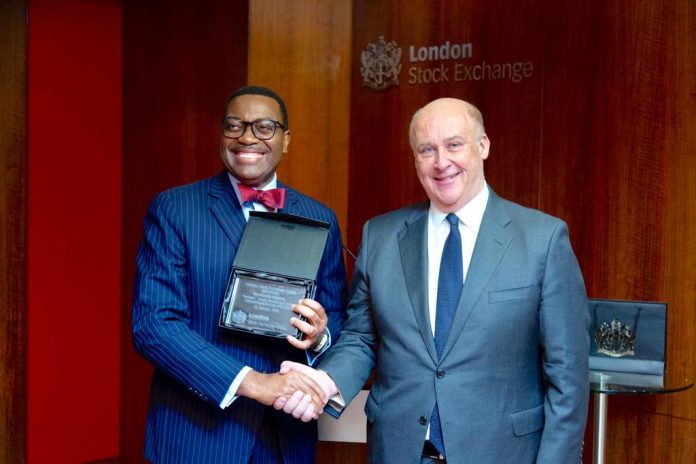 The President of the African Development Bank, Dr. Akinwumi Adesina, has said that Africa can no longer be ignored. Dr. Adesina made this known during his speech at the London Stock Exchange, where he was invited to open the market for the 22nd January 2020. The event was held on the sidelines of the maiden Africa-U.K Investment Summit.

Dr. Adesina who recently emerged African of the Year 2019 in the African Leadership Magazine Persons of the Year Poll – the leading vote-based poll in the continent, which attracted over 300,000 votes across multiple platforms, is among Africa Leaders invited to the maiden Africa-UK Investment Summit.  The Summit is organized at the behest of Her Majesty, the Queen of England, to promote increased bilateral relations between Africa the United Kingdom.

In his words, “ Last year 17 African countries grew by 3-5% and 20 countries grew by 5% and above. Indeed, six of the fastest-growing economies in the world are in Africa.” Continuing, Dr. Adesina observed that, “Foreign direct investments to Africa grew at 11% last year, far exceeding the 4% growth in Asia, even as FDI declined by 13% globally and by 23% in developed economies.” He also declared that, “This is a resurgent Africa!”

Dr. Adesina’s speech is reproduced below for a more detailed, insight:

I would like to thank Don Robert, the Chairman of the London Stock Exchange Group for inviting me to the exchange. It’s great to be here! It’s such an honor and privilege to be asked to open the market today.

The London Stock Exchange is the 3rd largest in the world with a market capitalization of about $4.6 trillion.

And Africa is tapping into the London Stock Exchange.

In 2019, Africa had 110 companies listed on the London Stock Exchange, with market capitalization of $197 billion.

As wealth grows in Africa, it leads to wealth right here also in the United Kingdom.

African economies are growing strong and the prospects for greater wealth creation are compelling.

Foreign direct investments to Africa grew at 11% last year, far exceeding the 4% growth in Asia, even as FDI declined by 13% globally and by 23% in developed economies.

This is a resurgent Africa!

The Africa Continental Free Trade Area is worth $3.3 trillion, making it the largest free trade zone in the world.

Africa can no longer be ignored!

That’s why I am excited about the UK-Africa Investment Summit held on Monday right here in London. 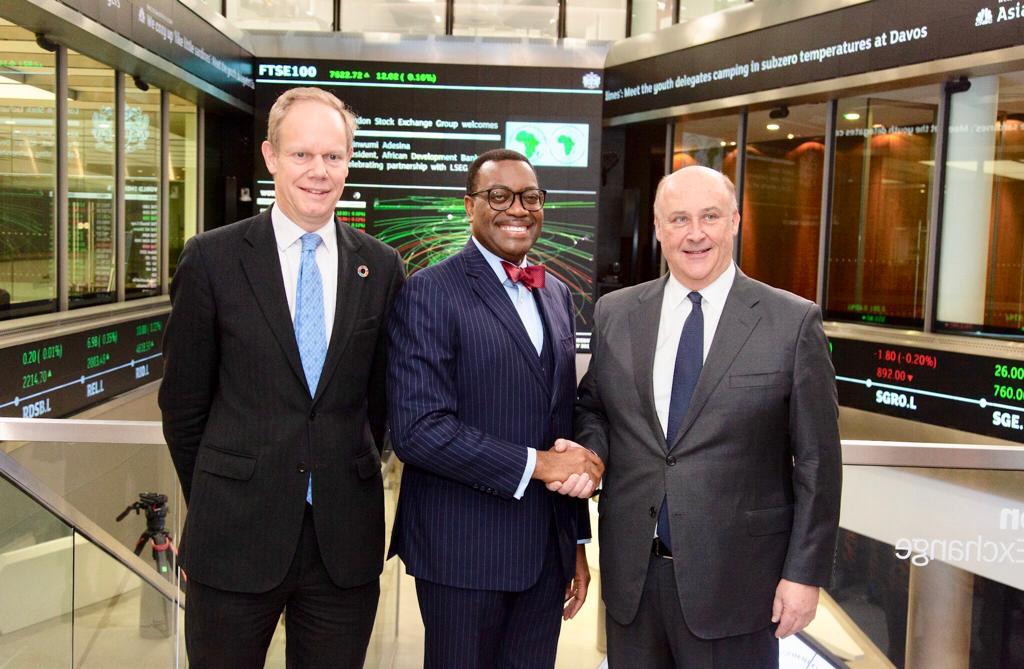 It’s time to recalibrate UK-Africa trade and investment. And a good place to start on investments is on infrastructure.

The continent’s unmet infrastructure demand is worth $68-108 billion a year, offering huge opportunities for global investors.

The London Stock Exchange can help to unlock a lot of capital for meeting Africa’s investment opportunities.

The Africa Investment Forum, launched by the African Development Bank, helped to attract investment interests worth $40.1 billion last year, in less than 72 hours.

We want to do more to leverage institutional investors.

With institutional investors holding £8 trillion of assets under management in the UK, and only 1% of that going to Africa, it is time to change the trend.

The African Development Bank looks forward to working with the London Stock Exchange to deepen the development of capital markets in Africa, and to attract UK institutional investors to Africa.

The synthetic securitization of $1 billion issued by the Bank has attracted global institutional investors to infrastructure in Africa. The Bank is also working on improving African Capital markets access to domestic and international markets passive investment flows.

The Bank will be working with the London Stock Exchange Africa Advisory Group to attract a greater portion of the $5 trillion in global Exchange Traded Fund assets under management into African capital markets. And we look forward to developing green bond markets with you in Africa. 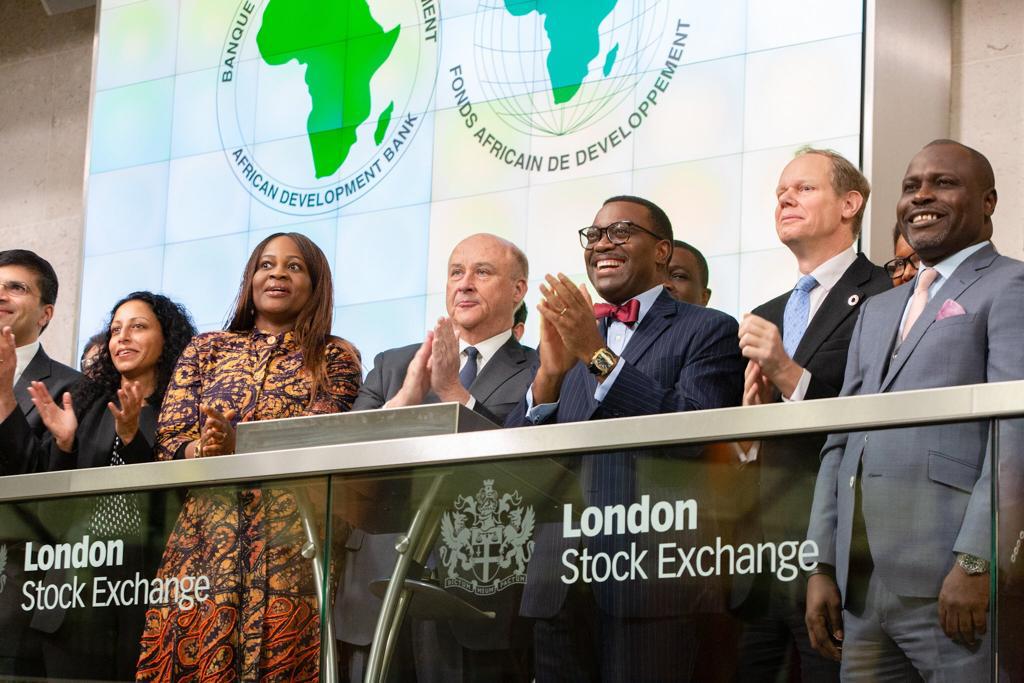 We are excited about the recent listing of Kenya’s Acorn Holdings, the country’s first green bond in the Nairobi and London Stock Exchanges in January 2020.

The African Development Bank also hopes to partner with the London Stock Exchange on our planned initiative to unlock dormant capital from existing fixed assets across Africa, with an estimated value of $4-5 trillion.

My ringing of the bell here today marks the beginning of a new, exciting, strategic and impactful engagement between the African Development Bank and the London Stock Exchange to jointly expand wealth creation in Africa and the UK.

So let’s get the partnership on its way.

And let the trade begin!