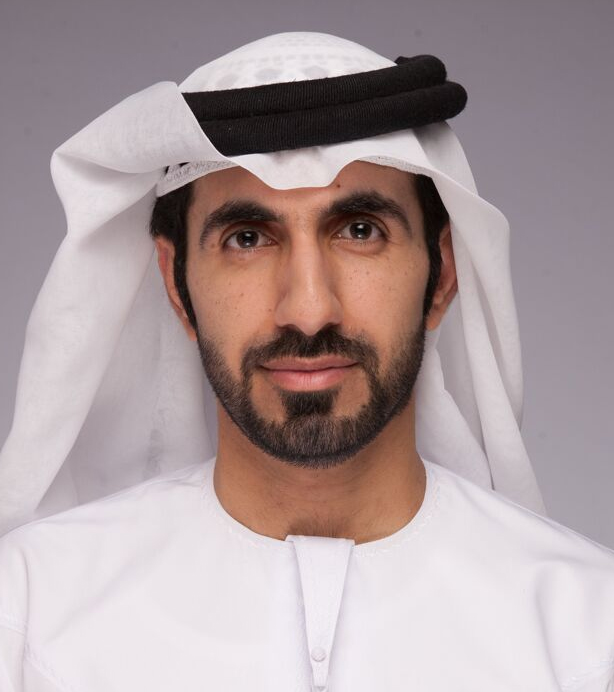 Ahmed Al Shemeili is the head of CBRN (Chemical, Biological, Radiological and Nuclear) unit in Supreme counsel for National security (NCEMA) and leading the strategical planning for the CBRN emergency in the UAE. He is Head of the national committee for Nuclear and radiological preparedness and response. He recently has formed the supreme committee for the CBRN emergency which is responsible for putting the strategical plans for the Arabic gulf countries. He is the one who is leading and representing the UAE in all international CBRN events around the globe at the strategical level.

In the meantime, he is the head of the UAE CBRN scientists in the UAE and represents the UAE in front of the International Atomic Energy Agency (IAEA) as the main counterpart of the Nuclear and Radiological Emergency Preparedness and Response.

Since 2016 he established a company (MAR) which is strategically planned to become the TOP – one-stop real estate solution for GCC, Europe, African and Malaysian markets. The organisation provides Technical, Designing, Technological, Engineering, Construction and Marketing solutions. This accompanied by supervising, executing projects, selling and mediator services, through its 4 branches located in Balkan Region, UAE, Malaysia and South Africa, targeting new opportunities by cooperating with its partners and affiliates.

He is proud to say that the company can identify and design opportunities and transform them into solid reality. The Organisation has a team of real estate developers, construction specialists, infrastructure experts, and after-sale professionals with an unparalleled supply chain and the latest technology, tools, and techniques to best meet needs of Government and Corporate. He is well connected with high-level VIP personnel in the private and government sector in Eastern Europe, Malaysia, China and South Africa. He has also established access to the traders and business groups in China, Australia, and Malaysia mainly dealing with halal producers as China is the biggest halal producer and Malaysia has well trusted halal certification organizations.

Mr Ahmed and his international partners are busy with mega projects such as Congress Hall in Bosnia with a 280,000 Sqm project with a value of 200 million Euros. Recently he established different strong teams to work in many different sectors including Furniture, Food, Military Supplies, Supplying Equipment, IoT(Internet of Things), UAV and Anti-Drone technology, Border Security and Management, Cyber Intelligence and Security, Development of Interconnected interactive management systems, Training simulation for military training, Aerospace, Defence and clean energy (fuel cell technology), with the cooperation of his international partners.

Mr Ahmed, You have quite a rich portfolio under your belt which spans across very important areas of global concern. How does your leadership of the UAE CBRN manage public communication regarding the source of Energy to be implemented especially in regards to the global concern of the usage and control of Nuclear energy?

Nuclear energy is a source of clean energy which has to be highly efficient. Both factors play key elements in determining the type and source of energy to be implemented.

The Global Concern of Nuclear accidents that have taken place has spiralled many global voices been directed against nuclear energy. However, having said that, we have to also consider that there are a lot of international organizations such as the International Atomic Energy Agency (IAEA); regulatory bodies and private sectors who supply nuclear technology.  These organisations have developed many modernised development techniques to solve many of the problems of nuclear accidents and there is still much work to be done. However, through the regular public communication, there is sometimes, a conflict between the two sides which can’t be overlooked without each other

As a leading light in the development of the Chemical, Biological, Radioactive and Nuclear energies, what are your fundamental objectives of nuclear energy from its inception till now?

The purpose of my entry into this science was to transfer and resettle the CBRN technique. Certainly, this work falls under a larger national strategy that has been developed by the state. However, my participation is spurred by my passion and technical ability in this field. The region is ahead of major nuclear industries and the private sector in this field is very weak. As you are aware, this industry is new to the region so in order to settle this industry, I joined in this field before the issuance of the UAE nuclear law of 2009, which was based on the start of the peaceful nuclear project. I joined the Federal Authority for Nuclear Regulation and began to develop my skills and experience and then became the head of the nuclear and radiation emergency in the same body. In 2016, I joined the National Crisis and Emergency Management Authority to develop the chemical, biological, radiological and nuclear emergency sector. MY commitment to been part of the ever-changing industry, In this context, it was necessary to develop a national program adopted by the government, which works to build a research industrial base and the use of all legislation to serve this trend to enable the private sector to grow smoothly with collaboration with the international organization. And this is exciting and creates the adrenalin rush for legislative growth and success within me.

The UAE is far advanced in the development of Nuclear energy and its derivative. How can African countries key into this initiative with the intent to resolve the power (electricity) challenges?

The Nuclear Energy Initiative needs a strong infrastructure and I, through our experience we have observed that some African countries are qualified to undertake such mega energy-saving projects. However other aspects need to be considered. Many African countries have a lot of resources, for example, hydroelectric and solar emergency. Also, important to consider that the GCC is well known as an oil hub. However, some in countries they try to duplicate that as a hub of the future power for the Battery cars. Africa has a huge reserve of that material which is required for such future power. This means that Africa can be the hub of nuclear power in the future if everyone collaborates and work together. Integration of resources in African countries is highly recommended because it reduces the overall cost and increases productivity. Integration is not applied to the energy field only, but also to industry, investment, trade…etc. Inter-governmental work is one of the areas which must be initiated, and all institutions must remove all obstacles that stand in their way.

Africa seems to be a new foray for you in business and many investors have been vocal about the peculiarity of the African market. Africa side-by-side with other markets, what are the key things you’ve seen?

The main thing about African countries is the lack of real representation of their capabilities and possibilities available. Many investors do not have the slightest idea of the opportunities available in Africa, as well as being afraid of capital to be invested in the African market. This delays development and prolongs the benefit of the main players, who only look at personal interests without considering the needs and interests of the people of the region. Knowing that the work with players that are less influential on the policies of the countries has a highly positive effect compared to the impact of investment by major entities that play a role in the local policies. There should be greater African representation, especially with the huge economic neighbour, the Gulf Cooperation Council (GCC), which shares a long history and economic impact especially in the north, east and west of Africa. The existence of the Gulf Cooperation Council in Africa will have a major role in trade, industry, mining, and other common industries. In order to achieve this, there must be an ambitious plan that we can announce and share if approved by African organizations and entities.

Under your watch, there has been a remarkable increase in private sector participation. How can African governments integrate the private sector efficiently in the scheme of things, and why is it a difficult thing in most developing nations?

According to our experience in the field of system building and management, firstly, it is critical to have a clear vision and investment strategy reflected on all sectors of the government which will have a great impact on achieving the integration. Achieving the integration of the private sector with the government will require a strong vision and a clear desire to achieve the development of the strategical objectives. Some governments today lost a great opportunity in the development of their capabilities because of the lack of real and true vision.

The second thing is that there is no such a thing as “difficult” or “Can’t be done” if there is a desire to achieve but there is are different chapters in your journey; some of them are positive and some are negative, but both can make you achieve like a river with barriers, it can draw a very nice natural picture. The key to achieving the goals of achieving the vision is by getting an ambitious and positive work team that has a passion for doing it and persevering through difficult times.

And finally, we all MUST be united in accepting that Africa is making progress, but we must also agree that it is not fast enough. In fact, in the last three years, some of the fastest economies entered and exited recession. South Asia’s Per Capita GDP is overtaking Sub Saharan Africa’s while the gap with East Asia is widening. Only the private sector can help in checking this trend. And I and my organisation are extremely committed to making this happen on the Private sector

The African Leadership Magazine recognizes and celebrates those who have contributed to the development of Africa in critical sectors. How do you feel being celebrated today as one of the Persons of the Year 2018, Energy Sector, as Distinguished Business Executive and how much from you do Africa and the world stand to gain going forward?

Firstly, I am honoured to be nominated for this award by such a prestigious organisation like African Leadership Magazine in partnership with Training Excellence South Africa. Thank you, I am Humbled and honoured celebrating this award amongst the top and distinguished political, diplomatic and corporate leaders all over Africa.

Secondly, in reply to your question, I do not claim that I contributed to the development of Africa because I believe that Africa is far greater than ME Alone. However, having said that, I want to believe that my small contributions are narrowing the gap of challenges and contributing to its development holistically. I must also reiterate today through this platform that there is great scope for cooperation and that today we are building ambitious plans for the integration process through your platform and that I am ready with all my private institutions in building bridges of cooperation at the governmental level between Africa and the Gulf Cooperation Council, which I believe will be a reality through your station. This includes requiring the willingness of the leaders and politicians to achieve both sides of development. This platform and events are in response to the yearning of Africa’s business leaders, who have often advocated for a platform for robust engagements and shared experience.

Our idea today is simple: linking Africa to the Arabian Peninsula and opening up reliable investment channels between the two sides to achieve integration and prosperity for all.