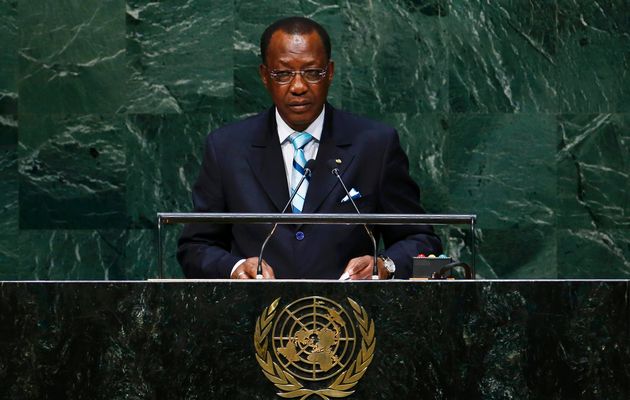 African leaders have recently backed a Kenyan proposal pushing for a withdrawal from the International Criminal Court, repeating claims it unfairly targets the continent.
Chad’s President Idriss Deby, elected African Union chairman at the two-day summit, criticized the court for focusing its efforts on African leaders.
“Elsewhere in the world, many things happen — many flagrant violations of human rights — but nobody cares,” Deby said at the close of the summit late Sunday, which had an official theme of protecting human rights.
No legally binding decision was made, and the decision to leave the ICC’s founding Rome Statute is up to an individual nation.
The decision is a “proposal…for the AU to develop a road map for the withdrawal of African nations”, a Kenyan presidential statement read.
The war crimes trial of former Ivory Coast president Laurent Gbagbo began last week, rekindling a bitter row across Africa over the international justice system.
Set up in 2002 as the last resort to try war criminals and perpetrators of genocide never tried at home, the ICC has opened probes involving eight nations, all of them African: Kenya, Ivory Coast, Libya, Sudan, Democratic Republic of Congo, Central African Republic, Uganda and Mali.
The AU, led in particular by Kenya, has accused the court of unfairly targeting Africans for prosecution as the majority of its cases come from the continent.
This included a failed case to try Kenyan President Uhuru Kenyatta and a faltering case against his deputy William Ruto, for allegedly masterminding deadly post-election violence in the east African country in 2007-2008 in which some 1,200 people died.
“We refuse to be carried along in a vehicle that has strayed off course to the detriment of our sovereignty, security and dignity as Africans,” Kenyatta said in a statement.
In November 2015, Ethiopian Foreign Minister Tedros Adhanom, speaking for the AU at an annual meeting between the 123 countries that have signed up to the Hague-based ICC’s founding statute, said it was “no longer a court for all.”
Around one-third of its member states are in Africa.
But while leaders criticised the court, others said that was a mistake.
“Leaving the ICC with no credible mechanism for justice for mass crimes in sight would be an error of colossal proportions,” Kenya’s Daily Nation said in an editorial.
“It is far better for member states to stay in the court and advocate reforms, rather than bolting and leaving millions on the continent unprotected by an international court which can step in when national institutions fail.”