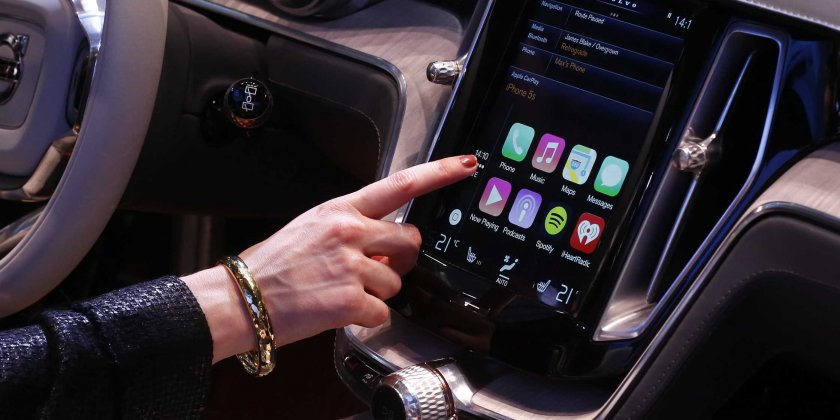 Apple is reportedly working on a car.

According to The Wall Street Journal, it will look like a minivan and the project is code-named “Titan.”

And Brian White, an analyst at Cantor Fitzgerald, is asking one big question: Will Apple car be “The iPhone of the future?”

In a note to clients, White writes:

Apple has clearly shown its interest in the auto market with CarPlay that was rolled out in early 2014; however, there has never been any official statement around an Apple Car. In our view, as more “things” become computers, we believe Apple is very well positioned to leverage its heritage in the industry developing hardware and software innovations together across a vast digital ecosystem, creating easy to use, aesthetically pleasing products.

In his note, White cites comments from Ford made at least year’s Mobile World Congress where the company called cars “the smartphone of the future.”

“Anyway you look at the auto market, the opportunity could be significant for Apple,” White writes.

White has a “Buy” rating and $160 price target on Apple stock.

On Monday, Business Insider’s Henry Blodget wrote about how much money Apple could actually make from selling a car. White looks at Apple’s huge opportunity with the following outline:

For example, IHS Automotive is projecting global automotive sales (i.e., light vehicle market) to reach 88.6 million units in 2015, with China expected to sell 25.2 million units and the U.S. at 16.9 million units. According to Kelley Blue Book, the average transaction price (ATP) for light vehicles in the U.S. was $32,500 in September 2014. Using these estimates, the automotive market in the U.S. equates to a revenue opportunity of approximately $549 billion. If we assumed a global ATP that is in-line with the U.S. market (although we do not believe this is the case), this would equate to a global auto market opportunity at nearly $2.9 trillion. If we took a 50% discount to the U.S. ATP, this equates to a $1.4 trillion global opportunity. If we think about Apple, the company generally prices its products above the average within an industry.

And so if we assume Apple is successful across a ton of categories, then maybe we can see “iPhone of the future” status for the company’s car business, right?

Or, more soberly, Henry notes that iPhone is and was a once-in-a-lifetime type of product.

Apple has been selling computers for decades and hasn’t come close to having the same level success in that business that it has with iPhone.