African Leadership Magazine
Home Governance and Policy Benin: New President Talon Promises to Step Down after One Term at... 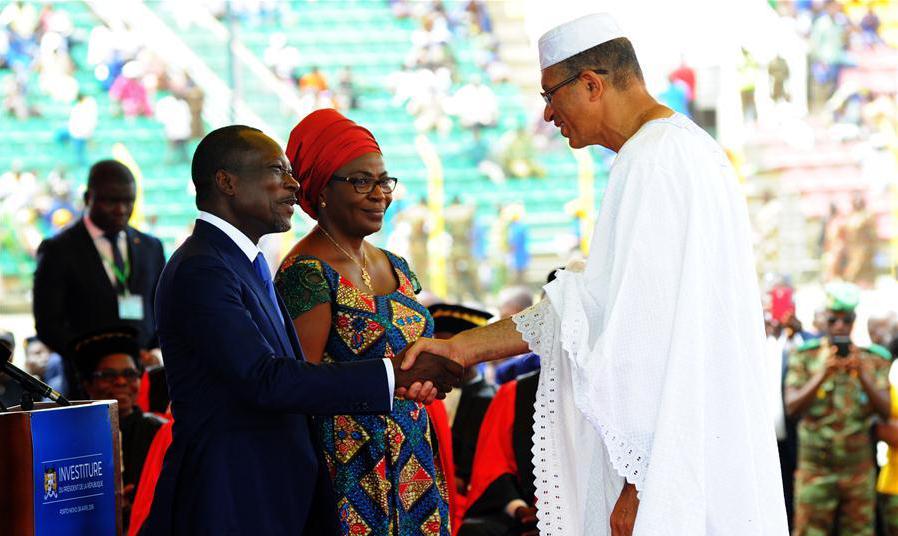 Patrice Talon was sworn in as Benin’s president before a large crowd on Wednesday, completing another peaceful transfer of power in the West African country.

The businessman told the crowd of about 20,000 in the capital, Porto-Novo that he would foster economic development and fight corruption and terrorism.

He also renewed a promise to step down after only one term.  Although Benin allows its leader to serve two terms, Talon voiced concern that 10 years in office may leave leaders complacent, and said he will work to limit future presidents to one term as well.

The West African country is seen as a bastion of democracy and stability in the region.

“My mandate will be a mandate of rupture, transition and reforms,” said Talon, adding that he would strive to combat corruption, improve the economy and fight terrorism.

“I will make diplomacy an instrument of cooperation for development,” he told the crowd. “With my term I will exercise state power with dignity and simplicity”.

Talon also promised to serve “as the president with humility, selflessness and sacrifice for the welfare of all.”

Benin already contributes to a multinational task force fighting Boko Haram, a militant group that is based in the northeast of the country’s giant neighbour Nigeria.

Talon, 57, was educated in Senegal and France and made a fortune in cotton before entering politics. He handily beat former Prime Minister Lionel Zinsou in a run-off election in March with 65.37% of the vote against 34.63% for the ruling party’s candidate, Franco-Beninese businessman Lionel Zinsou.

Zinsou was the preferred choice of most of Beninese lawmakers and the former president Thomas Boni Yayi, who stepped down after 10 years in power.

The vote was hailed as a victory for democracy in a continent, consolidating the democratic success the world witnessed in West African sub-region, Nigeria in 2015.