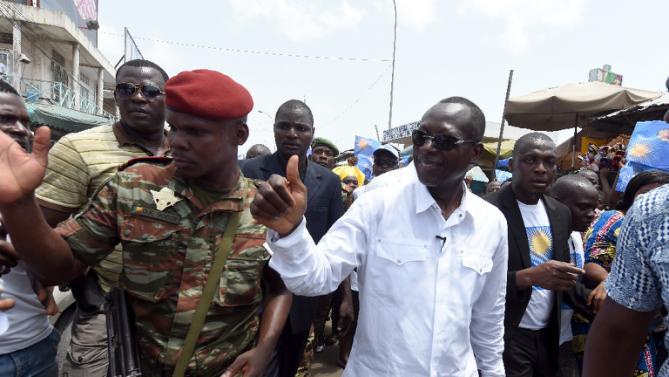 Patrice Talon, a Businessman and an opposition candidate, has won the presidential elections in Benin Republic.
Talon faced off against Prime Minister Lionel Zinsou on Sunday in a poll to decide which of the two would replace President Thomas Boni Yayi, who is stepping down after serving two terms in office.
PM Zinsou conceded defeat to businessman Talon on Monday as preliminary results from a presidential run-off election gave the cotton magnate an insurmountable lead, paving the way for a peaceful transition of power.
The election was seen as reinforcing the democratic credentials of Benin, a bastion of stability in a troubled region where military coups are a regular occurrence and polls are often marred by violence.
Preliminary results from the electoral commission put Talon ahead with 65 percent of votes, while Zinzou had 35 percent. Only votes from abroad were yet to be counted, the commission said.
“I feel like a soldier packing for the front. This is not a day of glory – congratulations will have to wait,” Talon said on Monday. “The task will not be easy, but we are happy and excited that our country has turned the page.”
Talon was once a staunch supporter of Boni Yayi before falling out of favour. Boni Yayi later accused him of involvement in a plot to poison him.
Mediation efforts led to a presidential pardon, however, and Talon returned from exile in France in October.
Campaigning for the election centred mainly on how best to solve the small West African nation’s economic problems, which include high unemployment and the impact of a slowdown in its main trading partner, neighbouring Nigeria.
“The gap between the two candidates was a big one. Now it’s time to get to work,” said Joël Amoussou, a civil servant in the commercial capital Cotonou.
Despite the backing of outgoing President Boni Yayi and the main opposition party, Zinsou, a former economist and investment banker, struggled to shrug off the perception that, having spent most of his career abroad, he is an outsider in his own country.
“I called Patrice Talon tonight to congratulate him on his victory and wish him luck,” Zinsou said on his Facebook page.
“I would have preferred that my candidate had won the election. But that’s the democratic game,” said Jorgette Aguenou, a secretary in Cotonou, who said she’d not voted for Talon but accepted his victory.