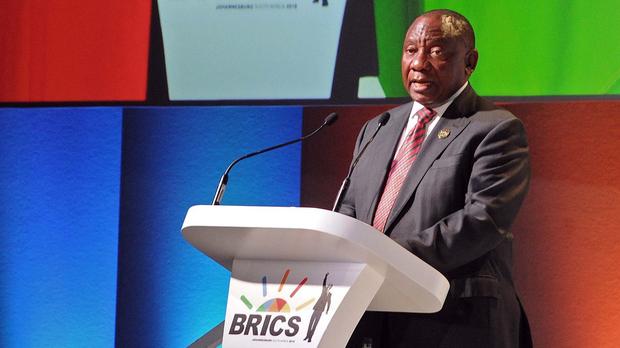 During the weekend, President Cyril Ramaphosa announced that South Africa has resolved to champion Africa’s development.

“We will all have a role to play to help each other progress and move forward,” he said at the end of the 10th BRICS Summit which took place in Johannesburg from Wednesday to Friday.

Earlier, the BRICS leaders had said that they were turning to Africa as they faced increasing US protectionism and a rise in unilateralism.

Cyril Ramaphosa said that they supported the development of a BRICS partnership with the aim to achieve inclusiveness and investment in Africa.

“The BRICS-Africa Dialogue forum is significant for South Africa as it seeks to build inclusive partnerships between the BRICS countries and African countries and institutions,” Ramaphosa said.

“BRICS countries have worked individually to promote co-operation with Africa.”

Chinese President Xi Jinping said that they would continue to uphold the multilateral trading system and characterised African states as “good brothers and sisters” of the world’s second largest economy.

“We are going to deepen partnerships with Africa. Whatever changes there are in the international landscape, we will continue to support Africa’s development and rejuvenation,” he said.

“No matter how big China becomes, we will always be part of the emerging bloc of countries.”

Russian President Vladimir Putin explained that trade between Russia and Africa totalled more than 25percent in 2017 and spanned areas including agriculture, healthcare, and mass communication.

Russia had attached priority to Africa’s development, he said, adding that his country wanted to step up development in the area of energy and gas projects in the continent.

Brazilian President, Michel Temer said his country wanted to increasingly strenghten its economic relations with the continent, especially with countries such as Mozambique, Angola and Ethiopia.

“BRICS should be an ally in the development of Africa,” he said, adding that Brazilian troops had been deployed to five missions on the continent.

“BRICS’ agenda for Africa must be vibrant and effective. We want projects that will bring us closer ever more,” said Temer.

Prime Minister of India, Narendra Modi, said India had a partnership plan with Africa focusing on co-operation and peace and security, among other areas.