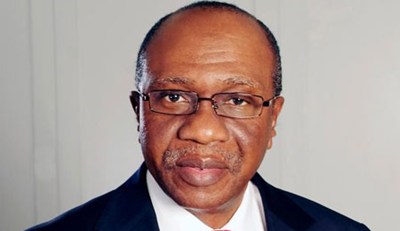 The Governor of the Central Bank of Nigeria (CBN), Mr. Godwin Emefiele, has recently reiterated the bank’s commitment towards making the Development Finance Institutions (DFIs) in the country more pro-active and better equipped to support the present administration’s economic growth agenda.
Speaking in Abuja at the opening of the maiden edition of the bi-annual Development Finance Institutions (DFIs) stakeholders’ forum and the launch of the Regulatory and Supervisory Guidelines for Development Finance Institutions in Nigeria, the CBN governor, who was represented by CBN Deputy Governor, Financial System Stability, Mr. Joseph Nnanna, argued that the current practice whereby government sources had accounted for major long term funds for DFIs was no longer sustainable.
He said there was need for a paradigm shift in the funding model for DFIs which had largely performed below standard over time, if they must live up to their mandate of supporting key sectors of the economy amid the current fiscal challenge occasioned by falling price of oil.
Emefiele, particularly expressed dissatisfaction that out of a total credit of N14.7 trillion granted to the economy as at June 30, 2015, the share of DFIs stood at only N760.8 billion or 52 per cent of the entire sum, stressing that DFIs commitment must increase significantly in order to make the needed impact on targeted sectors.
He revealed that on-site examinations by the apex bank had continued to reveal weaknesses and deterioration by DFIs in critical performance indicators, a situation made worse by the lack of effective board oversight. Also noting that, the regulatory and supervisory guidelines for FDIs which was issued last year, would provide a level playing field for participants in the subsector.
Current DFIs include the Bank of Agriculture (BOA) Bank of Industry (BOI), Federal Mortgage Bank of Nigeria (FMBN), Nigeria Export-Import Bank (NEXIM) and the Infrastructure Bank.