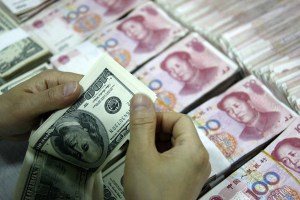 Kenyans abroad have sent home Sh12 billion more in 2015 lifting total remittances to Sh156 billion.
According to data from the central bank, remittance inflows through the formal channels reached Sh156.8 billion ($1.54 billion) last year which excluded a number of remittances coming through the unofficial channels.
The figure was up from the Sh145.4 billion ($1.428 billion) remitted in 2014 representing a growth of 8.4 per cent.
Money came mostly from Kenyans in United States of America and Canada who accounted for almost half of the inflows.
“North America dominated by source regions, accounting for 49.6 percent of total inflows in December 2015 and recorded a growth of 10.1 per cent,” the CBK report read.
Inflow from Europe increased by 15.6 per cent, while the rest of the world decreased by 26.2 percent.
Money from the diaspora has become an important foreign exchange earner according to data from the World Bank which indicates that Ethiopia and Kenya are leading the Sub Saharan Africa region in terms of increases in remittance flows from the Diaspora.