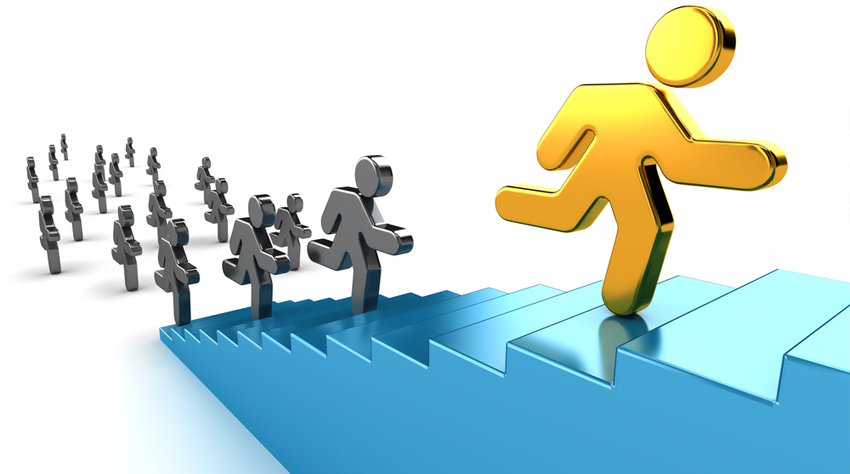 We often hear about “Africa Rising” or the “African Renaissance” by many raising the profile of African business and policy interests. Indeed, the statistics overwhelmingly reveal the increasing role Africa plays upon the world stage. Real GDP in Africa rose 4.9 percent per year over the last decade, double the previous two decades. Telecom, banking, and retail business is thriving. In response, President Obama has published the first US strategy toward sub-Saharan Africa and hosted the first US government African Leadership Summit. Meanwhile, construction in Africa continues to boom with unprecedented infrastructure growth; foreign investment is surging; and business investors—whether Chinese, Japanese, American, German, or Indian—are increasingly asking “How can I invest in the future…How can I invest in Africa?”

Some analysts have claimed that the mineral wealth in Africa, the “resource boom,” has been the main driver for African economic growth. Others have cited the resource boom as a “resource curse.” But economic growth in Africa over the last decade is a result of more than just mineral exploitation: additional factors include actions to end violent conflicts, improve macroeconomic conditions, and foster business. Furthermore, Africa’s growing labor force, urbanization, and increasing consumption point toward long-term growth—growth which is expected to be supported by increased banking and access to capital, global demand for commodities, and a confluence of foreign investors and partnerships. The McKinsey Global Institute’s report “Lions on the move: The progress and potential of African economies” suggests that industries such as retail, telecommunications, infrastructure, agriculture, and resource extraction will collectively be worth more than $2.6 trillion in annual revenue. This is not foreign assistance, illegal commerce, or mercantile economics. This is authentic, legitimate, African business. Africa is not rising, Africa has arisen.

In spite of this growth, challenges remain. Development indices for Africa continue to be low while demographic forecasts indicate substantial population growth. A 2011 study from Germany entitled “Africa’s Demographic Challenges: How a Young Population Can Make Development Possible” observed that 33 of the world’s 48 most underdeveloped countries are in sub-Saharan Africa, while sub-Saharan Africa has the highest birth rates of any other region. Violence from various extremist organizations endures in places ranging from Somalia, Mali, and even Nigeria not-to-mention civil strife in countries like South Sudan. Meanwhile, parts of Africa continue to suffer from poor governance and public accountability. Over the years, Africa has witnessed several leadership crises, whether the grand corruption of Nigeria’s President Sani Abacha or the contemporary controversy surrounding President Jacob Zuma in South Africa. Leadership in Africa is not a question of Afro-pessimism or Afro-optimism: leadership is an imperative to empower the next generation.

Despite media impressions otherwise, leadership challenges, political crises, violence, and corruption are neither unique to Africa nor permanent. Ongoing violence in Ukraine was precipitated by the downfall of a klepotcratic regime in Kiev. Silvio Berlusconi, the wealthiest man in Italy, is today an embarrassment and international pariah while Italy remains in economic distress. Authoritarian regimes in Syria and Yemen have contributed to further destabilizing the Middle East. Recently, millions have demonstrated against President Dilma Rousseff in Brazil for allegations of corruption. Even the United States Army is carefully examining something it refers to as “Toxic leadership” in the ranks. In all cases, leaders have disproportionate effects on groups and environments than the consequences of a single individual: leadership failures are problems for everyone.

Leadership is built upon trust. All instances of poor leadership demonstrate where honesty and integrity are compromised, where leaders have lost public trust and confidence. Basic elements of honesty and integrity seem obvious, yet the consequences of undermining them are powerful and cannot be understated. I wish to focus on an element of leadership related to honesty and trust, an element which has shifted globally but where Africa is leading the demand. This element concerns leadership in complex and dynamic environments—and the signature characteristics of Africa include size, diversity, complexity, and dynamism.

The Past: Heroic Leadership

There is a flood of images of leaders presenting themselves as heroes, “sound bites” of individuals claiming that they have a plan to fix everything, and media discourses about how well-educated, well-credentialed, and well-dressed personalities are ready and able to solve all our problems. Invoking business magnates, human rights legends, or avant-guarde greats of the past, heroic leaders project themselves as visionary, brilliant, sincere, and prepared to thunder into action.  But the causes of today’s problems are complex and interconnected; there are no simple or easy answers and no individual can possibly understand all aspects of decision-making. Heroic leaders give us false hopes and unrealistic expectations of what can realistically be accomplished—hopes and expectations which ultimately breed dependency and passivity. The world today is enormously complex, increasingly interdependent, and rapidly changing. Simple solutions will not be adequate for complex problems, no matter how appealing they seem, as we are reminded of H. L. Mencken’s dictum: “For every complex problem there is an answer that is clear, simple, and wrong.”

In retrospect, it is easy to see why heroic, or competitive, leaders rose to prominence in Africa after independence. Colonial economics required strict enforcement of administrative rules and the consolidation of political and economic power. The struggle against colonialism required dynamic and vocal leaders able to question legitimacy and mobilize support, but these leaders had little experience outside colonial administration and inherited a legacy of “decentralized despotism.” This shared history fostered infamous leaders such as President Mbutu in Zaire, “Emperor” Jean-Bédel Bokassa of the Central African Republic, or even racist reactionaries such as President Ian Smith in Rhodesia. But people do not need heroes—societies require virtuous, responsible, and collaborative leaders—and the challenges of tomorrow will demand it.

The time of the heroic leader has past. Better educated citizens, growing global communication, and increasingly interconnected business will no longer accept leaders whose principle argument is “trust me” or “the people love me and need me.” People took to the streets in Dakar against President Wade and made a difference. The Arab spring starkly demonstrated the political awareness of everyday people, widespread rejection of authoritarianism, and increasing demands for representation. In Liberia, women armed only with white T-shirts and the courage of their convictions demanded a resolution to the country’s civil war. Their actions were critical in bringing about a real solution from the stalled peace talks in 2003 and are powerful testament to the influence of everyday people in today’s world.

There is a Swahili proverb, “Usipoziba ufa, utajenga ukuta.” “If you do not fill up the crack, then you will have to build a wall.” Heroic leaders are at the wall ready to tear it down, while collaborative leaders can help us work together to fill the cracks and make the wall stronger. Leadership is not about destroying the present or the past but by creating a legacy for the future. We need to prepare for tomorrow’s challenges and build upon the past, not uproot it. The demand for collaborative leadership is growing and requires neither great vision nor a master strategy: we are in this together and we are all children of Africa. Turning toward collaborative leadership requires some common sense and an uncommon commitment to serve the common good.