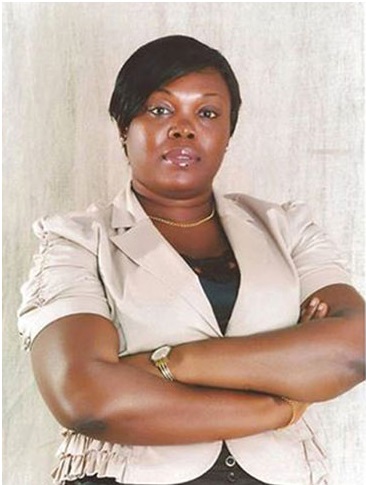 “When I decided to set up my own business, I didn’t have a penny to my name,” recalls Patricia Zoundi Yao, now managing director of the QuickCash company in the West African state of Côte d’Ivoire.

Today the money transfer company that this young Ivorian founded is flourishing and there are plans to expand across Africa.

The secret of her success

Zoundi Yao took her first steps in the world of business at her mother’s side. During her primary school years, she spent her holidays accompanying her mother from village to village in Côte d’Ivoire selling goods and learning the fundamentals of commerce. She sold fruit juices (ginger and tamarind), plastic buckets, children’s clothes, school supplies and phone cards.

Her passion for business was evident all the way to university. During her studies, she sold just about everything on campus, from attiéké (the traditional manioc-based Ivorian dish) and plantains to cosmetics and jewellery.

In 1999, she graduated with a master’s degree in business law from the Faculty of Law and Political Science at the University of Ouagadougou in Burkina Faso. But then, like many young graduates in Africa, she had to face the harsh reality of scarce employment.

When her mother died, Zoundi Yao decided to take over her business activities. Three years later her uncle asked her to help him set up a money transfer business for a well-known multinational, together with a local bank.

“That’s how I first got involved in the money transfer world,” she says. “In 2006 I went on to set up my own company providing money transfer services. It wasn’t a huge success, but it taught me a lot about the competitive market environment, which made it easier to bounce back.”

She noticed that existing money transfer platforms would not work in rural communities because of limitations such as a lack of electricity and internet access. In order to perform a transaction, people living in rural areas were faced with long journeys, sometimes taking up to two days. In addition, some of the roads were unsafe. This meant that money transfers were considered a luxury for rural communities.

To find a solution, Zoundi Yao decided to establish the QuickCash money transfer company in 2010 to make transfers in rural areas easier.

Once again, it was tough to begin with: “We couldn’t even rent office space so we worked in a shed at home. As you can imagine, I obviously wasn’t earning a wage.”

The new company also had to cope with major competitors. Aware of their limitations, Zoundi Yao and her team divided up their customer base, targeting a specific group which they knew well and was often neglected – namely, rural communities.

With the support of an energetic team and her family, she also decided to revamp the way the services were advertised, deciding not to use the same channels as other big money transfer companies. She came up with her own brand identity, which related to rural culture and traditions.

As is often the case in such endeavours, capacity building, particularly in management, negotiation techniques and social dialogue, was essential.

“Without the necessary tools, you can’t succeed through effort alone. That shows the importance of education.”

“In the space of three years we went from two employees to around 50. Without the necessary tools, you can’t succeed through effort alone. That shows the importance of education,” she explains.

She took part in a social dialogue training course at the International Training Centre of the International Labour Organization (ILO) in Turin. This course enabled her to develop good practices and, in particular, to have a more closely knit team supporting her.

Zoundi Yao also completed other training courses and, since then, has had the opportunity to share her experiences with other entrepreneurs at international forums.

Today, five years after she founded her company, the young attiéké seller has come a long way.

Her company provides services for Côte d’Ivoire, Burkina Faso and Niger, and she has no intention of stopping there. Her next goal is to cater for all of West Africa, before expanding to cover the entire African continent.

This story is based on an article published in Travail Décent , a magazine i