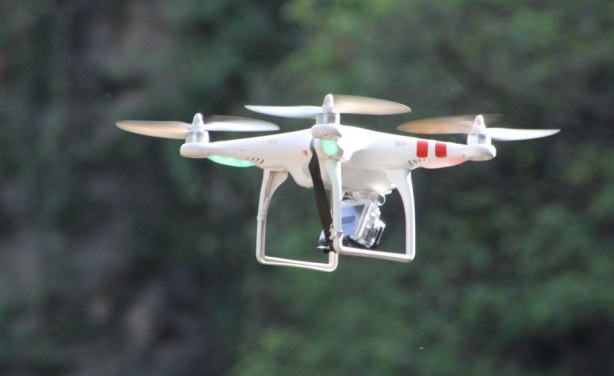 Flying drones are helping journalists in Kenya report on disaster stories by enabling them to film in dangerous or hard-to-access areas.

The pilot African SkyCAM project funded by the Africa News Innovation Challenge is using these unmanned aerial vehicles (UAVs) in Kenya, and a follow-up initiative, africanDRONE, is planned to agree safe community standards for ‘drone journalism’ across Africa.

Filming from a high vantage point helps bring a sense of scale to stories that might otherwise be unavailable to journalists in developing countries, says Dickens Olewe, African SkyCAM’s founder.

African SkyCAM sprang from Olewe’s observations of how traditional news media covered disasters such as flooding. Journalists would row boats into flooded areas, he says, “risking life and equipment”.

The low cost of drones and digital cameras now potentially allows journalists to cover such events with little risk to themselves or their equipment.

Olewe says many African newsrooms must rely on military or police vehicles for aerial reporting, which can compromise editorial independence.

Ben Kreimer, a member of the Drone Journalism Lab at the University of Nebraska-Lincoln, United States, who has collaborated with African SkyCAM, tells SciDev.Net: “The main barriers [for drone journalism] are public trust, misconceptions about what a drone is and a lack of legislation, or clear legislation. But these are barriers everywhere.
“When most people think of drones, they think of military and surveillance aircraft, not a remote control quadcopter, which looks like a flying iPod that I can set on my hand.”
He adds: “When I speak to someone for the first time, I generally refer to my UAV as a flying camera.”
By collaborating with conservationists and putting examples of the African SkyCAM project’s work on a website, Olewe hopes people will see the value of drone journalism.
Fearing blanket ban
Kenya currently lacks regulation on civilian drone use, allowing anyone to operate them, says Olewe. He thinks this situation could threaten projects such as African SkyCAM, since “some hobbyist might end up ruining the space for everyone”.
Despite the lack of regulation they still need approval to use the air space.
And Olewe tells SciDev.Net that the Kenyan government has stopped two drone projects already (one focused on rhino conservation and another one on transport) that “were controversial because their planned area of operation was near military barracks”.
“I am concerned that, with no guidelines, the government might impose a blanket ban after an incident,” he says.
Later this year, Olewe is due to begin a fellowship at Stanford University, United States, to develop a drone journalism association called africanDRONE.
Olewe says the community will aim to agree on standards for safety, operations, training and engagement with governments across Africa. In the short term, Olewe plans to bring drone journalism to Mozambique and Namibia.