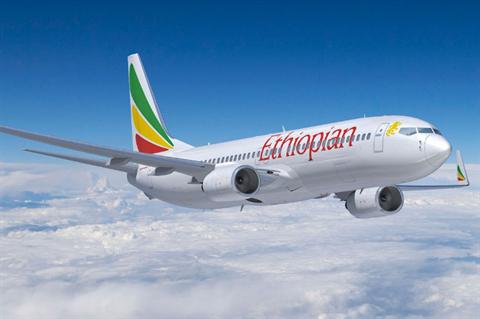 Rwanda and Ethiopia have signed an air service agreement, where the two countries agreed to open their airspace allowing their Ethiopian Air and Rwand Air to operate without restrictions.
According to the agreement, signed between the Rwanda Civil Aviation Authority (RCAA) and Ethiopia Civil Aviation Authority, all air service operations will be conducted under the fifth freedom arrangement.
The fifth freedom means an airline has the right to carry passengers from one country to another and from that country to a third country. This means that RwandAir can now fly to Addis Ababa without any limitations, Silas Udahemuka, the RCAA director general, said.
“The exercise of fifth freedom traffic rights beyond Africa shall be subject to approval of the aeronautical authorities up on request submitted through diplomatic channel,” the agreement indicates.
Under the deal, the airlines of the two parties can operate unlimited frequencies per week for both passenger and cargo services.
The deal covers the national carriers of the two countries – RwandAir and Ethiopian Airlines, as the only designated airlines to benefit from the agreement.
Each contracting parties will exempt the airline designated by the other contracting party from payment of any taxes on its revenues earned while operating international air services.
Gobena Guangul, the Ethiopia Civil Aviation Authority deputy director general in charge of aviation regulation, said this opens doors for a code share arrangements between Ethiopian Airlines and RwandAir.
John Mirenge, the RwandAir chief executive officer, said the arrangement will boost the airline’s operations.
Rwanda has so far signed similar agreements with 37 countries in Africa and elsewhere. The country, together with other Northern Corridor states – Uganda, Kenya and South Sudan, recently agreed to liberalise the airspace along the corridor.