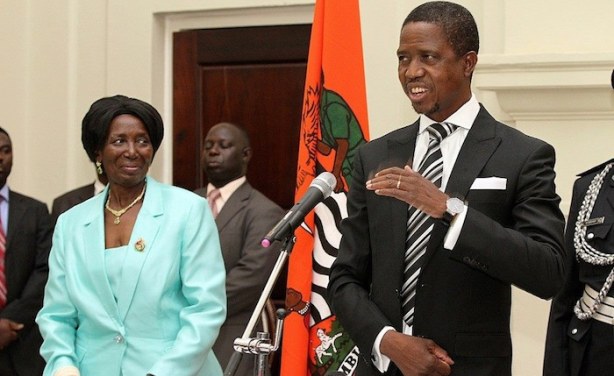 Without a clear fiscal strategy, this southern African nation is on the road to debt distress

Edgar Lungu, Zambia’s new president, will barely have time to settle into State House before running again in general elections scheduled for 2016. As commodity prices drop and the copper-producing country’s fiscal burden rises, curbing spending and debt will be among the manifold issues he will need to steer.

Elected in January after the death of President Michael Sata, Mr Lungu will be hard-pressed to drive a clear strategy to manage borrowing and spending. The southern African country has been here before: in 2005, the IMF, the World Bank and other creditors forgave Zambia’s more than $7 billion of liability under the Heavily Indebted Poor Countries (HIPC) debt alleviation scheme.

Since then, the country has shown impressive growth. In the last five years, Zambia’s GDP has climbed an average 7% annually, according to Bank of Zambia figures. On the back of this growth, the current government has embarked on several ambitious development projects since it came to power in 2011: rehabilitating railways, modernising hospitals and improving road networks.

These projects have been paid for partly with funds raised through two Eurobonds, the name given to international bonds denominated in a currency not native to the issuing country.

The first Eurobond, issued in September 2012, marked Zambia’s debut on the international securities market. Investors, eager for income amid a stalling global economy, were enthusiastic. The $750m ten-year bond began trading with a respectable 5.4% yield and was oversubscribed 16 times, according to Barclays Zambia, which managed the bond along with Deutsche Bank.

Spurred on by this success, Zambia launched a second, even bigger, $1 billion Eurobond in April last year. This time, confidence in emerging market debt was not quite so strong, thanks in part to waning global risk appetite. As a result, the bond was oversubscribed around four times, according to the finance ministry, and launched with a yield of 8.6%.

The two Eurobonds heralded a turning point in Zambia’s move towards financial independence: for the first time Zambia raised money from international markets based on the perceived strength of its economy, cementing its move away from donor dependence. Nonetheless, some civil society groups and commentators have voiced concern over the country’s renewed debt burden.

Last December Finance Minister Alexander Chikwanda said Zambia’s external debt stood at $4.7 billion. Combined with domestic borrowing (about $3.5 billion), the country’s current debt represents almost 32% of GDP or over $8 billion. Although manageable and below many of its regional peers, this is a worrying return to pre-HIPC debt levels.

While the country’s borrowing levels remain manageable in the short term, the growing debt stock “naturally creates cause for caution”, particularly if it were to suffer an economic shock, says Kundhavi Kadiresan, the World Bank’s director for Malawi, Zambia and Zimbabwe.

With renewed fears over the global economy’s strength, such a jolt is not impossible. Worryingly, copper prices are waning, averaging 10% lower in 2014 than the year before, as demand falls in China and Europe.

Since copper accounts for nearly 70% of Zambia’s export earnings, if prices were to fall steeply and remain low, Zambia would struggle to service its debt. Zambia’s current credit rating averages a relatively healthy B from the top three rating agencies. But if Zambia’s economic prospects decline, a markdown might materialise, pushing up the cost of future borrowing.

Mining activity could also slacken because a new tax code raises royalties to 20% for open pit mines, up from the previous 6%, and to 8% for underground mines. Some companies, such as Canada-based Barrick Gold, have threatened to suspend operations. The government may also have to repay some $600m in value-added tax refunds as it negotiates with several large mining firms and battles others in the courts.

A debt management strategy would go some way towards moderating these risks. Although the finance ministry issues regular updates on the country’s debt status, it does not specify in detail how these loans are serviced or spent. Neither does the revised 2013-2016 national development plan that is designed to transform Zambia into a middle-income country by 2030.

This has prompted the World Bank’s Ms Kadiresan to call for a debt management plan that could evaluate different policy scenarios “in the face of likely economic shocks”. Regular publishing and updating of this plan would raise the strategy’s “transparency, predictability and effectiveness”, she adds.

The Jesuit Centre of Theological Reflection, based in Lusaka, has long argued that government loans and spending should be subject to parliamentary oversight. Their campaign has met with some success. A clause in the latest draft constitution, released in October 2014, stipulates that cabinet must seek National Assembly authorisation for state borrowing.

Questions remain about how the borrowed money is being spent. Are funded projects monitored and evaluated?

The finance ministry earmarked funds raised through the first bond issue for specific infrastructure projects, including roads, electricity production, health and education. The government has been less open about the spending of the second Eurobond.

The finance ministry said last April that proceeds from the second Eurobond would support the energy and transport sectors. However, during his 2015 national budget speech last October, Mr Chikwanda said $380m of the Eurobond would be allocated to fund this year’s expected budget deficit. A more detailed breakdown of the expenditure of the remaining $620m has not been released.

Zambia’s budget deficit in 2014 was 5.4%, higher than its medium-term target of 3%. It is targeting a shortfall of 4.6% this year. Keeping this deficit in range will reduce pressure to borrow further. Spending could be reined in significantly, however, by slashing subsidy programmes and the burgeoning civil service, both politically sensitive areas.

Subsidies in 2014, including maize purchases through the Food Reserve Agency, could cost the government twice the amount originally budgeted, a spending overrun of 0.9% of GDP–according to World Bank projections. While popular with voters, these programmes are expensive and do little to reduce poverty.

Mr Chikwanda said public sector wages were frozen in the 2014 budget to contain the mushrooming civil service salaries. Nonetheless, spending on personnel was 2% over budget last year, according to World Bank figures based on preliminary 2014 budget information. However, in the 2015 budget speech, the minister made no mention of the wage freeze, raising doubt as to whether it will remain in place this year.

With the prospect of a 2016 general election around the corner, Mr Chikwanda may have been reluctant to broach this politically sensitive subject. It also seems unlikely that the government will cut subsidies in the run up to what looks set to be a closely-fought election battle.

Mr Lungu and his team will be walking a tightrope between popular spending and fiscal prudence in 2015. They will need to step very carefully if Zambia is to keep its borrowing and budget deficit under control.

Victoria Kelly is a journalist based in Lusaka, Zambia. She has written for several publications in South Africa, the UK and Zambia as well as for Reuters.