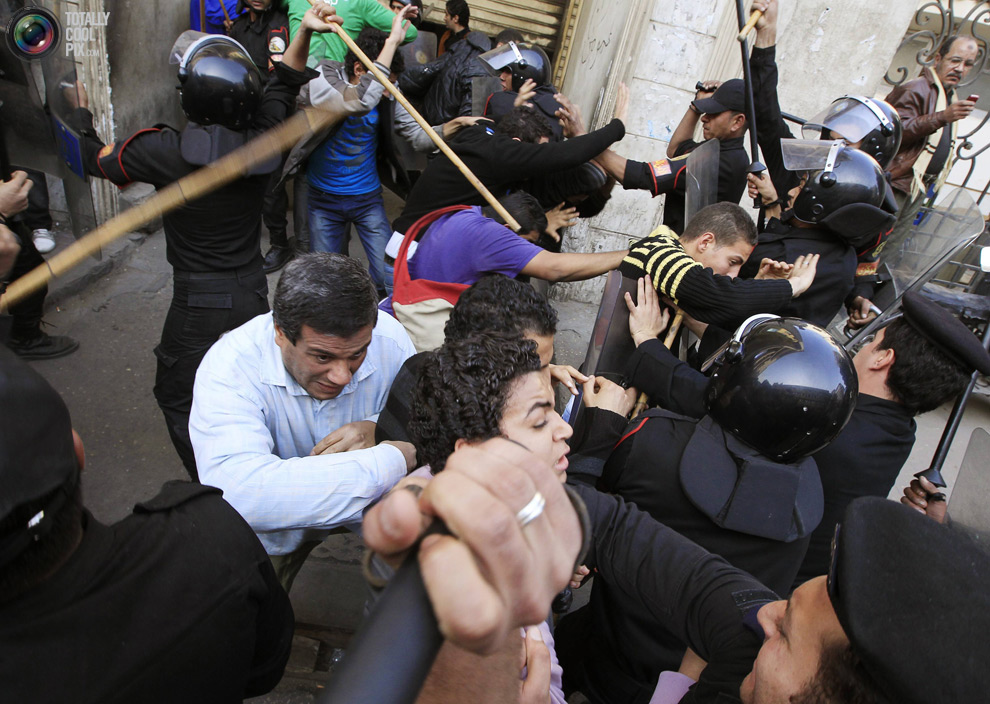 The UN Security Council called on all sides in the Egyptian conflict to show”maximum restraint” this morning as the Muslim Brotherhood called for a huge show of strength after Friday prayers later today.

The official death toll from the crackdown on supporters of ousted former president Mohammed Morsi has risen to 638, but protesters say about 2,000 people were killed.

After an emergency Security Council meeting in New York this morning, UN High Commissioner for Human Rights Navi Pillay called on all sides in Egypt to “step back from the brink of disaster”.

Ms Pillay, a former UN war crimes judge, said the heavy death toll pointed to “an excessive, even extreme use of force against demonstrators”.

Overnight Brotherhood supporters stormed a government building near Cairo and set it alight after the movement’s leaders urged its members to take to the streets to fight a wave of “terror” unleashed by security forces.

Calling for a “Friday of anger” in Cairo, the Brotherhood urged people to head towards the city’s Ramsis Square in a show of force after traditional Friday prayers.

But fears of more bloodshed have been heightened after Egypt’s interior ministry authorised police to use live ammunition against protesters who attack security forces.

Egypt fires back at Obama over ‘violent armed groups’

Egypt’s military-backed government has accused US president Barack Obama of “emboldening the armed groups” by condemning the actions of security forces.

In his first statement since the crackdown, Mr Obama said: “We deplore violence against civilians. We support universal rights essential to human dignity, including the right to peaceful protest.”

But a statement from the Egyptian government said: “The presidency fears statements not based on facts may encourage violent armed groups”.

“The presidency appreciates US concern for developments in Egypt, but it wished it could have clarified matters. Egypt is facing terrorist acts aimed at government institutions and vital installations.”

On Thursday the US cancelled joint military exercises with Egypt, saying normal US cooperation could not continue in light of the armed forces’ bloody crackdown, but stopped short of suspending more than $US1 billion it donates in aid to Egypt every year.

Europe’s leading powers, along with Iran, Qatar and Turkey, have strongly denounced the use of force by the interim government.

Turkey has recalled its ambassador to Cairo “to discuss the latest developments,” and its prime minister has demanded the UN take action.

This morning Australia’s Foreign Minister Bob Carr summoned the Egyptian ambassador in Canberra to express condemnation over the bloodshed in Egypt.

Senator Carr told ABC’s The World Today that whilst Australia does not advocate international intervention in Egypt, international help with mediation could be contemplated.

“Sometimes competing forces within a country need to be edged towards a consideration of a compromise towards reconciliation,” Senator Carr said.

The Egyptian health ministry now says at least 638 people had been killed throughout the country, and the interior ministry says 43 security personnel have died.

Brotherhood supporters say the death toll is far higher, with hundreds of bodies as yet uncounted by the authorities.

Today there were reports that security forces had seized control of a Cairo mosque which had been used as a makeshift morgue to store dozens of bodies.

The army-backed interim government has imposed a month-long nationwide state of emergency with curfews in Cairo and 13 other provinces.

But Egypt’s interim prime minister Hazem al-Beblawi praised the police for their “self-restraint” and said the government remained committed to an army-drafted roadmap calling for elections in 2014.