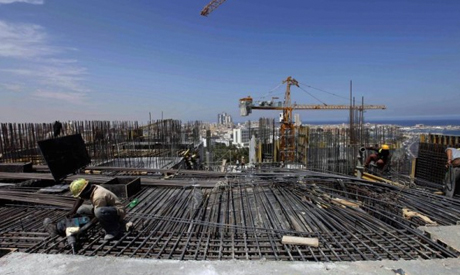 Business activity in Egypt expanded at its fastest rate in three months in December, a survey showed on Tuesday, with rising output and export demand bolstering a fragile economic recovery.

The HSBC Egypt Purchasing Managers Index (PMI) for thenon-oil private sector rose to 51.4 points in December, from 50.7 points the previous month, reaching its highest level since registering a near-record 52.4 points in September. Readings above 50 indicate an expansion in activity while those below 50 point to a contraction.

“Egypt is yet to regain momentum but a fifth consecutive score above 50.0 reinforces our view that the economy continues to stabilise,” Simon Williams, chief economist for the Middle East at HSBC, said. “We look for a pick-up in growth in 2015, albeit off a low base.”

Four years of political turmoil since the 2011 uprising that toppled autocrat Hosni Mubarak has battered Egypt’s economy and frightened off tourists and investors.

The government is trying to strike a balance between cuttingits deficit and reviving economic growth, which at 2.2 percentin the 2013/14 fiscal year remains too slow to create enoughjobs for a youthful population of 87 million.

In a sign that the economy is slowly recovering, output rose at its fastest level in three months in December, with the output sub-index reaching 51.8 points, while the new orders index rose to 52.8 points.

The rise in new orders was driven by foreign demand, with new export orders rising to 52.4 points in December, one of the strongest growth rates recorded in that area since the PMI survey was launched in 2011.

Egypt has been steadily resolving legal disputes withforeign investors and promising reforms of its stiflingbureaucracy before a March conference it hopes will helpattract billions of dollars in foreign investment. The government aims for economic growth to accelerate over the next few years and reach 5.8 percent annually in three years’ time, although the deficit is likely to stay at around 10.5 percent of gross domestic product.

However, the PMI’s employment sub-index, which showed growth in jobs in September for the first time in 2-1/2 years and went on to record three straight months of marginal increases, declined in December, recording 49.7 points.

Companies were also grappling with sharply rising costs which they were unable to pass on to customers.

The PMI showed the sub-index of selling prices declined to 49.7 points in December, while the input price index jumped to 57.7 points