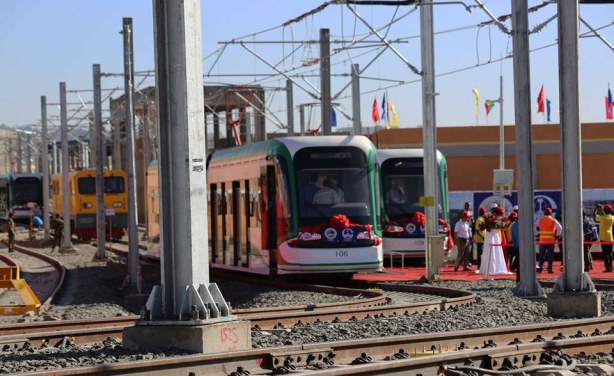 Ethiopia has clear and attainable trade policy which helps to develop and ensure broad international market linkage and thereby generate large amount of foreign exchange. Likewise, the country has put in place an appropriate investment policy that enables to attract foreign investment which is at the centre of the country’s economic diplomacy.

The economic diplomacy policy of the country is, therefore, helping the nation to diversify its trade, investment areas and widens the international market horizon that vividly accelerated growth in these sectors of the economy.

Today, a number of companies and investors from Asia, Europe, America and the Middle East are highly interested to invest in Ethiopia more than ever. Many countries are also growing their diplomatic relations to more intensified economic ties with Ethiopia.

Recently, a two-day Ethio-Canada Business Forum was held here in Addis pursuant to Canada-Africa Business Summit held in September 2014 in Toronto where Ethiopia was showcased as a country of focus. This year marks the 50th anniversary of the beginning of diplomatic relations between Ethiopia and Canada. Canada is the third largest bilateral country donor to Ethiopia while Ethiopia is the second largest aid-recipient of Canada.

The recent business forum aims at changing the 50 years cordial relations of the two nations to a more comprehensive win-win approach based on trade and investment, for their relations in these areas is lagging behind.

Available sources indicate that trade flows between Canada and Ethiopia are modest but with the potential for growth in the short – to medium – term and are subject to significant year-to-year changes due to the one-time order of high-value products like aircraft. In 2013, the two-way trade came to $39.2 million, with $21.3 million in Canadian exports to Ethiopia and $17.8 million of imports from Ethiopia into Canada. The year before, 2012, had seen a large boost in Canadian exports to Ethiopia, which stood at $123.6 million that year, due to the delivery of a number of Q400 aircraft from Bombardier to the Ethiopian Airlines. Bombardier has also set up a regional maintenance facility for the Q400 aircraft in Addis Ababa. Canada’s imports from Ethiopia consist mainly of agri-food products, such as coffee, team spices and oil seeds.

Some Canadian companies have been investing in mining and energy in Ethiopia, to date. According to a documented source from the Ministry of Mines, 13 Canadian companies have signed contracts for the exploration of potash and precious and base metals, with a registered capital of $6.5 million. In January 2010, Canada concluded an Air Services Agreement with Ethiopia. Ethiopian Airlines flights from Addis Ababa to Toronto began in July 2012. According to a Memorandum of Understanding signed between Canada and Ethiopia in 2003, Ethiopian exports of textile and apparel goods have tariff-free access to the Canadian market.

Minister of Mines Tolossa Shagi said that there is huge investment opportunity in Ethiopia for Foreign investors and the country is looking for genuine development partners. “In our growth and transformation programme and our natural resources and infrastructural development, we need your capacity and experiences. With regard to mineral, our policy envisions the mineral to be back bone of industry and one of the most important export commodities to generate foreign currency,” said Tolosa.

“Ethiopia counts Canada as a key partner of its development which has been witnessed in our poverty alleviation programmes. As we celebrate our 50 years of friendship, it is high time to complement it with a robust participation of Canadian private sector in the country’s economy. This mission is, of course, part of the ongoing effort to promote Ethiopian trade and investment opportunities to Canadian companies and investors,” she said.

The effort to strengthen the trade and investment bonds is becoming auspicious trend as attested by the strong interest of Canadian companies to explore the business opportunities available in Ethiopia, according to Birtukan and she expressed her confidence that it would bear fruit in the no distant future.

President of the Ethiopian Chamber of Commerce and Sectoral Associations Solomon Afework emphasized the importance of such discussions and fora that it would help both to better prepare and cooperate in the future with a view of further reinvigorate the trade and investment ties of the two nations. “It is necessary for all of us to work together to put into practice the wealth of commitments that we have just conceived, for there are wide gaps that we need to fill in the trade and investment relations of the two countries,” he said.

According to Solomon, the total trade volume between Ethiopia and Canada was only 39.2 mln. USD in 2013 – with 21.3 mln. USD in Canadian exports to Ethiopia and 17.8 mln. USD of imports from Ethiopia into Canada – which is quite small compared to the existing potentials and trade ratio that Ethiopia has with other major trading partners.

Solomon stressed that the business communities of the two countries should work aggressively to enhance the trade and investment relations through exchanging business and trade information, organizing trade fairs. “We members of the Ethiopian business community in general would like to assure you that we will be standing in realizing our common interest and benefits,” said Solomon.

Head of Canadian Business Mission Senator Don Meredith said: “We are here today to further develop the growing commercial relationship between Canada and Ethiopia. The business delegates are looking at investment opportunities in ICT, agriculture, energy, housing, infrastructure as well as finance. There exist great opportunity in this country for us to be able to create jobs especially for a young people. We need to find ways to economically engage them and create job opportunities for them and eliminate the possibility of radicalization and hopelessness. And this is necessary investment in Ethiopia and will help the country grow forward.”

He reaffirmed that the Canadian companies have showed their strong interest in doing business in Ethiopia. The Ethiopian export to Canada must be improved by Canadian side. He also lauded the Ethiopian agriculture policy.

State Minister of Foreign Affairs, Dawano Kedir, said in interview with The Ethiopia Herald that this economic relations between Ethiopia and Canada can be taken as a reflection of the recently growing of Ethiopian consular to Embassy in Canada.

“Though our relation has been for a half century, it was limited to aid. We did not go deep into economic ties. However, because of our conducive policy, power and energy potential and cheap labour, many countries are coming to Ethiopia for investment. As a result, Canadians have also showed interest in the areas of agriculture, infrastructure, ICT and some other sectors. So, our part is to help them explore these opportunities,” he said.

In fact, liberalization of the economy, good markets access, availability of cheap labour, reliable natural resource base and commitment of the government to the private sector are the major factors for the growth in the flow of FDI in the country. However, much more is needed to exert utmost effort in the areas of employment. The more investment expands, the larger number of job opportunity is created for citizens. The country’s GDP as well as foreign exchange rate grows, too.